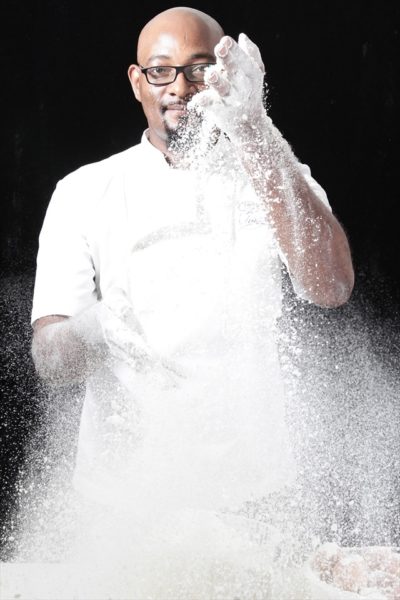 Now the Cakes by Tosan team has released details on the event, read details below;

Having showcased his skills in several cake and sugar craft exhibitions around the world, Tosan Jemide will take on his most challenging project yet. He has concluded plans to create and exhibit the Tallest Cake in Africa.

Cakes by Tosan has earned the reputation as being one of the best cake brands in Nigeria, creating designs that are exclusively qualitative and aesthetically appealing. It is only natural that continental feats should follow.

The groundbreaking event will also serve as a promotional platform for the sugar craft industry as a bonafide art form with incredible untapped potentials, especially in this part of the world. It will be displayed as part of the second edition of Cakes by Tosan’s Ultimate Luxury event.

The Tallest Cake in Africa will be unveiled on Thursday 16th May 2013 at the Silverbird Galleria, Lagos. Government functionaries, captains of industry, cake enthusiasts, school pupils, friends and fans of Tosan as well as members of the media, are expected to attend.

Plans are currently ongoing to capture the ten tiered cakes which is a fusion of global, African, Nigerian and Lagos state elements in its artistry, in Guinness Book of World Records.

You are invited to be a part of the event. You can view the cake on Saturday 18th May 2013 as well as take pictures with it. A special portal will be created for the gallery where you can go and tag yourself for the benefit of your friends and family members near or far.

Selected schools will also be invited on group excursions.

After the mentorship session, the cake will be brought down and distributed to orphanages and similar charity organizations to commemorate the upcoming Children’s day celebration.