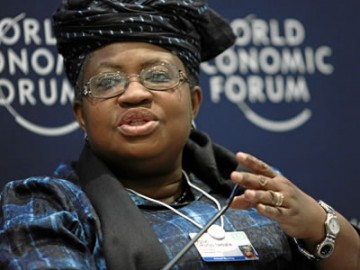 It seems the strike still goes on.

Yesterday, Tuesday 13th August 2o13, the Federal Government declared that it presently doesn’t have the resources to meet the N 92 Billion financial demand by the Academic Staff Union of Universities (ASUU).

According to Punch Newspaper, at the opening of the two-day meeting of Commissioners of Finance and Accountants-General of States, Nigeria’s Minister of Finance Ngozi Okonjo-Iweala said the N 92 Billion being demanded by the university lecturers was not within the reach of the Federal Government.

At the event themed Restructuring Nigeria’s Finances, she said;

“At present, ASUU wants the Federal Government to pay N92 billion in extra allowances, when the resources are not there, and when we are working to integrate past increases in pensions. We need to make choices in this country as we are getting to the stage where recurrent expenditures take the bulk of our resources and people get paid but can do no work.

The country is still suffering from the effect of the 2010 increase in salary. Do we want to get to a stage in this country that all the money we earn is used to pay salaries and allowances?

If the demands of the university lecturers are met and we continue to pay them salaries and allowances, we will not be able to provide infrastructure in the universities.”

The negotiation between the FG and the striking members of ASUU ends in impasse. Both parties have rescheduled the meeting to Monday 19th August 2013.

Are you a student affected by the strike? What are your thoughts on the issue? Let us know