The BellaNaija Style team is really excited about this one. We will love to know who you – our FAB BN Style Watchers – think rocked this look best. 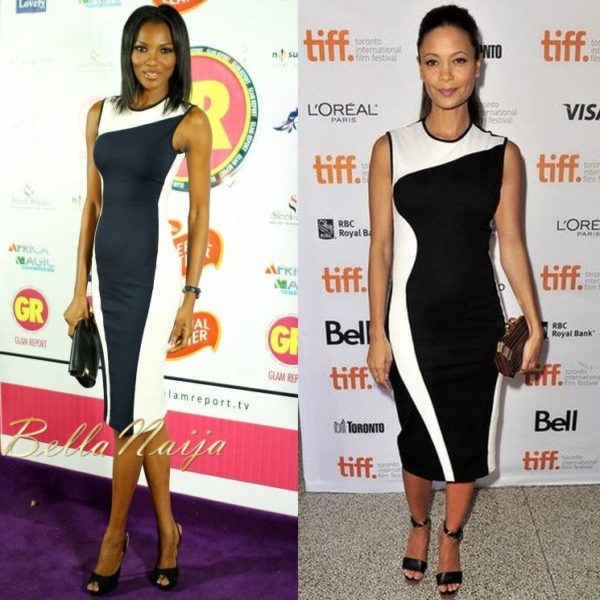 Today we have Hollywood star Thandie Newton and Miss World 2001 Agbani Darego battling it out for you favourite in Stella McCartney.

If you are an avid BN Style follower, you will know that most of our Nigerian stars and socialites are fans of the British design label. We’ve spotted Tiwa Savage, Nkiru Anumudu and Elohor Aisien in pieces by the brand. 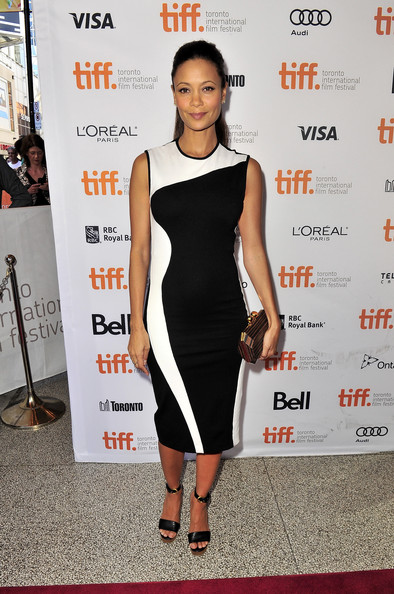 Where: Half of a Yellow Sun Premiere at the Toronto International Film Festival, Toronto, Canada on Sunday 8th September 2013.

How she wore it: At the much anticipated Half of a Yellow Sun TIFF Premiere (Click here for photos), British actress Thandie Newton wore this jersey wave color block bodycon dress.

The actress who took on the role of “Olanna” in the adaptation of Chimamanda Ngozi-Adichie‘s best selling book, also revealed at the premiere that she and her writer/producer husband Ol Parker are expecting their third child.

Her look was completed with a sleek ponytail and neutral lipstick.

How she wore it: At the star studded launch of lifestyle magazine show Glam Report (which BN will bring you all the shots), ex beauty queen turned entrepreneur Agbani Darego rocked the same dress.

Styling her hair down to her shoulders and opting for smoky eyes, Agbani gave the cameras her best pose on the purple carpet.

She styled the outfit with a black wrist watch, a black clutch and a pair of black peep toes. 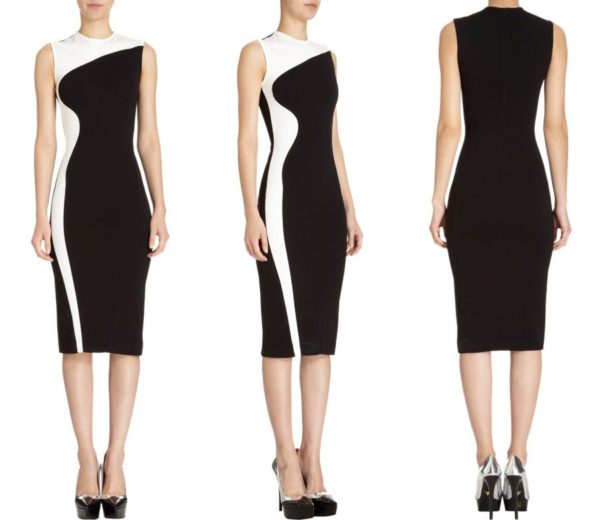 This formfitting Stella McCartney dress, features a round neckline and a hidden back zip detail.

So…Pick Your Fave? Will it be Thandie or Agbani.