The “Lagos Experience” through the Eyes of an Expat: Love it Or Hate it, Lagos IS the Centre of Excellence! – Read Part II 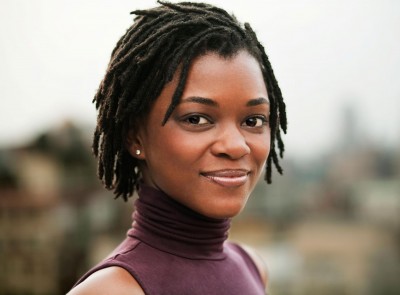 Below is the first of a 3-part series written by an expatriate – Edward*. He has lived and worked in Lagos, Nigeria for 6 years, as well as in a few other African countries. Read on to hear his sometimes poignant and sometimes critical take on his experiences and perspective on life in Nigeria.

The second part of the series is called “Three Things I Dislike About Lagos/Nigeria in General”. {If you missed part I, click here to catch up}. We hope that Lagosians and residents of this bustling city can relate to the piece. We’d like your thoughts on the accuracy or otherwise of this narration especially as it is a view from the lens of an expatriate.

Lack of Electricity
It’s commonly said in the international media that Nigerian businesses and “those who can afford it” rely on generator power for their primary electricity. This is false, at least for Lagos.

Nearly ALL Lagosians rely on generator power for a key part of their electricity, including the poorest of the poor who pay rents of as low as $150 per annum. A generator is an essential part of every household and business in Lagos.

The toll that the electricity situation takes on Nigerians is difficult to fathom:
• We rush to iron clothes and charge phones when grid power happens to come back on
• We spend a small fortune buying, fuelling, servicing and repairing generators
• We dare not purchase too much food for fear that it will spoil
• In Lagos, we tend to cook more tomato stews (American: tomato sauces) that can last for several days, as opposed to more traditional dishes
• The average life of all electrical equipment is cut by at least half, even though we use expensive stabilisers to try to minimise the risk
• Local television is terrible, because viewership levels are not where they should be for a country this size and with this GDP
• We only know milk as a powder that gets mixed in coffee or tea
• There are very few manufacturing jobs, since factories are forced to use expensive diesel power to operate
• The lack of competitive manufacturing means that everything costs more, whether it’s processed locally or imported. We pay more, but the goods will not last as long as they should!
• But most of all, so much time, thought, money, energy and effort is spent on the electricity situation, thus leaving less time for other key life issues

Self-centredness
Through some combination of “end justifies the means” or “time is money” or “every man for himself” or perhaps simply high-level corruption and apathy creeping into the base of society, Nigerians generally come off as relatively greedy, aggressive, selfish, loud, arrogant and uncaring, as compared to citizens of other countries in West Africa.

This self-centredness manifests itself in a variety of ways, in everything from non-payment of bills to all forms of transport (plane, car, bus, motorbike, walking, elevators, escalators, train, etc.) to flip-flopping logic to phone etiquette to gawking and laughing at misfortune to avoidance of responsibility to outright lying and theft.

We like to have things made locally, like clothes and furniture, but we always withhold about half of the payment until the product is finished, or else the item may take months to make and come out shabbily.

We complain and point and yell and honk our horns when other people drive the wrong way in traffic or cut into our lane or stop in the middle of the road to call a friend for directions (or stop to greet a friend they see or stop to watch some people along the road), but then we do the exact same things ourselves. When asked why we are reversing 30 metres against traffic to get back to a turn that we missed, thus endangering other cars and perhaps making a series of other cars back up to accommodate us, we give a stupid answer like “Ah…just go back small small.”

I’ve been on buses carrying 100 people, where I’m absolutely comfortable because I’m amongst some of the hardest working people you’ll find in Africa, where people will not bother to pepper me with silly comments and questions because they simply don’t have time for such nonsense, but where, when a 55-year old woman carrying a heavy load enters the bus and looks for a seat, every single person will pretend not to see her, choosing instead to stare at the floor, stare intently ahead, turn their head or play with their phone.

Sadly, this all stems from a general lack of empathy. We’ll laugh at the person who got cheated out of his spot in the fuel queue he’s been waiting in for one hour. We’ll laugh at the footballer who is writhing in pain on the pitch, whether he’s a professional or a 13-year old. We’ll ignore calls from clients awaiting their reports that they were promised days earlier. We’ll point and giggle at the motorbike operator and passenger who fell in the road, spilling papers everywhere and potentially scraping themselves in the process.

Again, perhaps this is due to high-level corruption and apathy creeping into the base of society, but it’s a cold, hard reality that limits what Nigerians are generally willing to do for their fellow man, for their community and for their country.

I was once getting fuel at a filling station in Abuja, when a trailer disconnected from the truck on a road with a sharp downward slope. The truck crashed into some vehicles and motorbikes, likely injuring a few people, while the trailer continued down the slope until it smashed into some more motorbikes, possibly killing a few people. Right next to me were three policemen sitting under a shade tree, pretending to be oblivious to what had happened on the road. Nobody ever thinks to call a policeman to come and help; we all know that that is not what they are paid to do here in Nigeria.

Most Tolerant & Intolerant People in the World
We don’t do anything when politicians steal billions of dollars, but we’ll angrily denounce a foreign TV programme that showcases the gap between Nigeria’s rich and poor.

We’ll politely pull to the side of the road to make room for a noisy, erratic police convoy taking a minister’s wife to the shopping mall, but we’ll complain bitterly about a motorbike driver who’s obeying all laws but driving relatively slow in front of us, ultimately cursing him as we drive around him.

For women, we’ll keep dating or remain married to a man who is relentlessly unfaithful, unappreciative, rude, selfish and childish, but we’ll criticise a married woman for even thinking of allowing a male friend into the house alone. And we’d certainly rather he cheat and abuse us than be faithful and gay!

We’ll say nothing when an infrastructure project is announced at 50 times the cost of a similar project in other countries, and still say nothing when the project stalls after two years due to “lack of funds”, but we’ll argue vehemently over a soiled 20 Naira note on the bus.

We’ll manage days on end with no grid electricity or with 2-hour long petrol queues or teacher strikes or lack of running water, but we’ll criticise the man who didn’t wash his car or shine his shoes to a sharp lustre.

We’ll drive over the same deteriorating pot-holes every day from home to work, but we’ll yell at the boys who eventually patch up the holes and try to ask drivers for small change for their efforts.

We’ll carry around three mobile phones due to network deficiencies, but ignore calls from any unrecognised number (maybe our own illiterate father’s new second line?) and get angry when someone doesn’t drop everything they are doing to pick our particular call (maybe they’re in a meeting, or on the toilet, or sleeping?).

We’ll say nothing as a Christian or Muslim group leads an all-night worship session outside our home, led by an MC who does not understand that a microphone or bull-horn eliminates the need to yell at maximum volume, but we’ll lead an office prayer amongst diverse peoples with comments like “because Jesus said the only path to heaven is through him” or “We thank you Allah and we know that you are the one, true God”.

When our boys play with a stick, we’ll encourage them to hit people with it and when they cry we’ll ask them “who did it?” until a female is blamed for the mini-trauma, but we’ll never tolerate a girl to play with sticks or to shed a single tear.

We’ll vote straight party line for candidates that we know steal tens of millions of dollars annually, but we’ll take part in chasing any ethnic minority out of our neighbourhood if the election turns contentious.

Events This Weekend: The Independence Day Celebration Edition – Nigeria at 53

Orange is the New Black! How To Wear the Warm & Bright Colour on your Lips