Afam: About to Get Hitched? Here Are 8 Things To Consider Before You Walk Down the Aisle 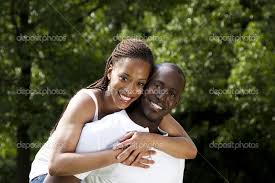 I haven’t been back in Nigeria for any length of time that can be thought of as long, or at least I do not think of 79 days as long, especially when I’ve got 365 more to go. Best believe that I will be hopping on the Masters train out of here. In Nigeria, there is suffering, so much suffering, can you imagine that my father set me a curfew the other day? He declared, “You must be home by 9pm every night from now on because it’s so unsafe.” I very nearly died. My body only becomes active at 9pm. Even after an 8am – 8pm day, if you call me at 9pm and tell me where the party is at, I’ll be there. So at the end of the year, I shall spirit myself away to enjoy at least one more year of unchaperoned jollification.

Anyway, in the short time I’ve been back I’ve become attuned to the wedding every weekend, divorce every other other weekend life that we live here. I’ve also heard about the troubles that several endure in their marriages, so I’ve written a little bit of a guide about the things that you should be thinking about before you get married.

How are you going to live?
You’ll need to know what your lifestyle will be before you tie your fortunes with your man. Some men expect their wives to go from bankers, lawyers, journalists, and PR mavens to being glorified house girls, cooks, and eventual nannies, the moment they return from honeymooning in the Seychelles. But you don’t really want to do this do you? You quite enjoy earning that paltry salary because it allows you some measure of independence.

Don’t worry, I have a solution for you. They say every woman has her price. If your hubby wants you to quit your job, to cater to his every need, then present him with your price. Present him with the value you place on your independence and the meaningful use of your Bachelors, Masters and Doctorate degrees. If he doesn’t grimace and cry out in his mother tongue (Ye pa mi O if he’s a Yoruba man) when he looks at it, then you’re under valuing yourself. After that, he won’t discuss your job again. Also, he cannot expect you to be making that pilgrimage from the mainland to the island every day.

As a newly married woman, your colleagues will be expecting you to be a glowing and blushing mini sun of happiness. This is simply impossible when you have to wake up at four in the morning to avoid the worst of the traffic. He must tell you of his plans to relocate you to a mini palace on the island before you get married. You should be marrying a mover and shaker, a rising star, a man with potential, not some lazy bum who’s perfectly content with where he is especially when he hasn’t got anywhere.

Is he gay?
Oh my God! How dare I suggest that your significant other, the man of your dreams, the frog to your princess, and the cream cheese icing to your red velvet cake might be gay? Well, that’s because he very well might be and if he is, he will probably have a few man lovers on the side. Before you get hitched you need to find out for sure that he isn’t gay because if he is, chances are, you’ll be artificially inseminating your way towards your first pregnancy, or you’ll have to make like the wives of the impotent Baba Segi, and find other willing sperm donors. If he is bisexual or bicurious, then make sure you know about it too lest you employ one damn foine driver or gardener only to find him rolling in the sheets of your marital bed with your dearly beloved. I can’t tell you how to find out if your man gets down on the down low, but you may want to consider setting him up with one of your gay friends for research purposes.

Are you gay?
As far as I know, most men want to get married to people that are genuinely interested in them. If you are gay, then don’t involve someone else in your attempt to live a lie. Or better yet, don’t live a lie, get with women in the shadows.  If no one knows about it then what harm can it do? I wouldn’t wish the fourteen year jail penalty on anyone. Furthermore, a single lesbian is infinitely better than a married adulterous lesbian. However all of this may be ignored if your intended knows about it, and thinks it’s hot. If he does, then why not?

Why do you want to get married?

What are you wearing?
As young girls you should have been gathering research materials (magazine cut outs, photographs, etc.) in preparation for the legendary moment, when you appear at the foot of the aisle and perhaps for the first time in your life, all eyes are on you. You want them to gasp in awe of your beauty and your form. You want your rubbish ex-boyfriend on the fifth row to see you and die! You don’t want him to be green with envy, you want him to spontaneously combust for treating you so poorly. Your wedding dress isn’t just a dress. It’s a right of passage, an heirloom. Your daughter is meant to look at photographs of you and think, “I want to look just like that one day.” If your dress is great enough, she’ll want to wear it when she gets married, so it’s up to you to create or purchase a masterpiece. You must know if your body is pear shaped, apple shaped, or hourglass shaped, so that you can get the dress that best suits your figure. And you must know if you want to look, virginal, slutty or coy beforehand. Don’t walk into Vera Wang or Clan and say, “I want it to look nice.” They’ll look at you like you’re an idiot! You have to know exactly what you want! If your fiance has strong opinions about the technicalities of your dress, see point 2.

Where are you going to get married?
No one really cares about the venue, I don’t think. They’ll indulge you because it’s your day. In as much as you want it to be so beautiful that a rainbow springs from the altar, and rose petals, glitter, and hearts rain down from the ceiling, please consider your guests. Pick a location with decent parking. No one wants to park on the express way or spend a whole hour in traffic trying to leave your wedding. While we’re on the subject of the venue, I’ll comment a little on the interior design. Do not put a sex couch in your wedding! It has no place there! What do I mean by a sex couch? 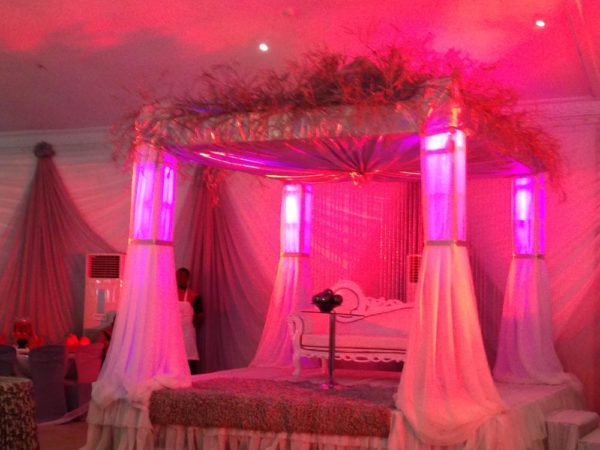 That! It’s even got mood lighting! It’s completely unsuited for sitting. DON’T DO IT.

What role are you going to assign your fiance?
The comments on my last article taught me a few things. One of these things is that most men like to feel like they’re needed. Because of this your husband to be will not be impressed if you become a monstrous dominatrix and controlling witch in order to make the wedding of your dreams a reality. Give him a few mundane tasks that he can’t possibly screw up, so that he doesn’t feel like a useless appendage. At the very least give him something to distract him from the fact that you’ve become the living incarnation of the Dark Knight. If this seems foreign to you then see point three. Most men expect to wear the pants in the relationship. If you insist on wearing the pants, people might start asking questions.

This list isn’t at all exhaustive. I haven’t covered what flowers you should carry (flowers have meanings. Heaven forbid that you put red carnations in your wedding bouquet because those mean, {alas for my poor heart, and that’s always and everywhere} a bad omen.  If you’re thinking of  whether or not you should go through with it if he hits you (the answer to that one is always and everywhere no, the last time he hits you will never be the last time he hits you, and no amount of money could ever make up for the amount of physical and emotional pain that being battered causes.

Plus, if you come out of it alive, chances are that you’ll be mentally ill, and that’s no picnic. You’ll have to get a therapist, a personal trainer and a team of girl friends that’ll tell you how awesome you are because you’ll have no self confidence and no self esteem. Or what your in-laws are like (if your man is a mummy’s boy, with a pervert for a father, then you might want to reconsider. Sex jokes from your father in-law will never be funny, and waking up to find your mother in law in your kitchen making breakfast for your grown husband will never be cute).

There are probably a hundred other things to think about before you jump the broom haven’t been included doesn’t mean that they are any less important. But then again I suppose I could always write a sequel.