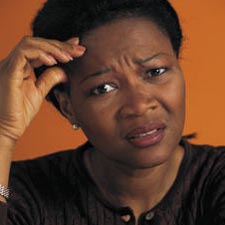 I recently stumbled upon an interview of one of our law makers renowned for his elaborate vocabulary and while I couldn’t understand anything he said, one word struck me ‘Crinkum Crankum.’ I was too lazy to find out its meaning at that time so I just decided to use it as an exclamation especially about what’s going on in the society.

When top management sends a mail like ‘it is highly expedient and tantamount that we oxygenate these ideas and accelerate towards an upward spike in numbers despite recalcitrant and unrepentant economic conditions’. I’m left to think ‘what is this Crinkum Crankum?’ What about those who send clear mails and spend time speaking to us at staff meetings in a language we all understand but you just have that gut feeling that they either don’t understand the issues or they are just being insincere or political, so workers are like ‘quit with the ‘Crinkum Crankum’.

Bringing it home, when the older generation complains about our generation being unserious and engaging in criminal and corrupt practices even though they are the ones who give titles and awards to people who amass wealth via questionable means, you’ll agree me that that’s ‘Crinkum Crankum’. Or Nigerians who spend hours talking about the deplorable state of the Nation yet offer bribes, give undue respect and authority to the ‘Oyinbos’ (not saying foreigners shouldn’t be treated properly) and cut corners everywhere, that too is ‘Crinkum Crankum’.

And the guys who say they want the good and understanding girls yet pay Runz girls hundreds of thousands while their ‘understanding’ girlfriends have to beg for ten thousand Naira, my people, that na the real ‘Crinkum Crankum’. However, before the girls start agreeing with me, when you stay in abusive relationships, hate on one another, and do anything for money yet scream ‘girl power’, you don’t need me to tell you that it’s ‘Crinkum Crankum’.

‘Crinkum Crankum’ is just like it sounds ‘Crinkum! Crankum!’. It’s when we don’t help the poor around us but donate to save the victims of Hurricane Katrina. Or a when woman who treats her maid no better than a slave always donates to the less privileged.

It’s when we ‘ooh’ and ‘ahh’ at the girl with the poorly drawn eyebrows and mismatched colors and even go as far as saying ‘you look good’ only to talk behind her back – The rule was ‘if you can’t say anything nice, don’t say anything at all’ not give a false compliment. It’s when we spend millions giving our departed loved ones a befitting burial when we never even said a kind word to them when they were alive.

What about when our sports team starts preparing barely 2 months to the Olympics and expect to win all the gold medals- After all, we serve a miracle working God abi? C’mon people, that’s just ‘Crinkum Crankum’. Or when we lament about our musicians not singing wholesome songs and at the same time play only the so called ‘unwholesome’ songs ignoring those with ‘content’. Don’t believe me? How many ‘inspiring’ musicians have been invited to shows? I guessed as much ‘Crinkum Crankum’.

In case you’re still wondering what Crinkum Crankum is, it’s saying one thing and meaning another. It’s being full of twists and turns. It’s the things that happen around us that remind me of the song by Trybesmen ‘e geti plenty plenty tinz wey no suppose to happen for this world…’ In short, it’s not being straight forward which leads me to my next point:

Our leaders and law makers, 2015 is around the corner; let’s pray the manifestos and promises don’t become ‘Crinkum Crankum’!

PS: I did check the internet for the meaning of Crinkum Crankum much later and the definition I liked best was that of the free dictionary ‘fanciful name for any object that is full of twists and turns’.