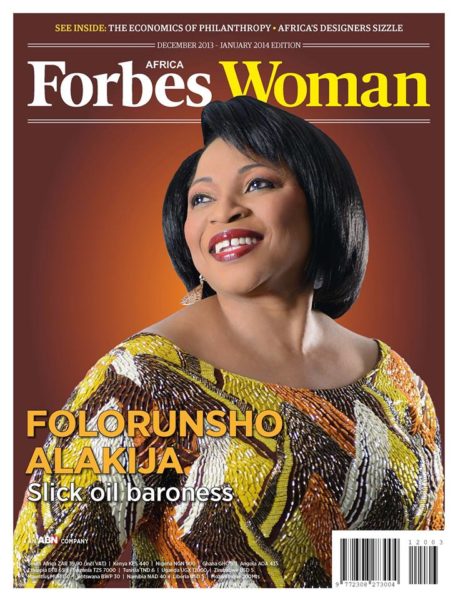 The Nigerian oil mogul who is reportedly the richest black woman in the world, is all smiles on the cover in a sequined multi-coloured Ankara dress.

Forbes Woman Africa spotlights the philanthropist, the entrepreneur, the mother, the wife and the woman who takes the crown as an undeniable force to be reckoned with in Africa’s economy.

According to Forbes, Alakija is profoundly uncomfortable with the “super-rich” tag. She believes that she is far more than just her fabulous wealth.