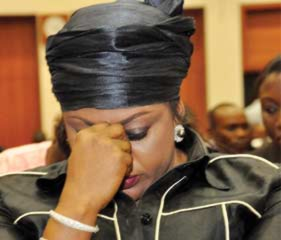 Nigeria’s Minister of Aviation Stella Oduah Ogiemwonyi is facing a new scandal; this time it is concerning her Masters Degree.

In 2011, she submitted her résumé to the Nigerian Senate as a ministerial nominee.

It highlighted that she was awarded a Master’s Degree in Business Administration (MBA) from the Saint Paul’s College, Virginia, USA.

Sahara Reporters recently contacted the Office of the President of the College. It was revealed that the school in its 125-year history has never had a graduate school or program.

“We don’t offer any graduate programs here”, the Provost Vice President of Institutional Development said in response to the enquiries by the news agency. 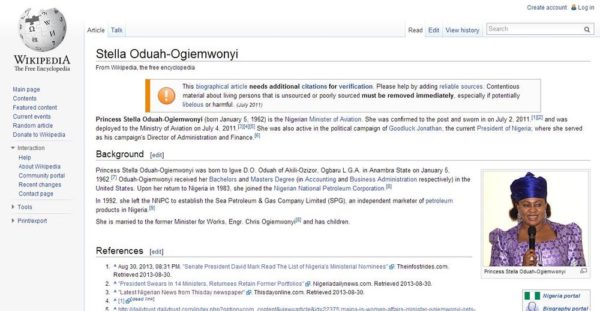 After the news was made public, Premium Times ran a story that Stella Oduah and her team are scrambling to cover up her tracks by deleting every information on her educational background from the internet.

A rep for the minister is yet to respond on the allegations. Her school details are no longer available on her official Wikipedia page.

Yakubu Datti, the spokesperson of the aviation agencies, revealed he was not aware of the allegation against the minister, but disclosed that there were recent attempts by the minister and her team to revise her profiles on the web and clean any reference to St Paul’s College.