Kunmi Omisore: Tales of an Africanist 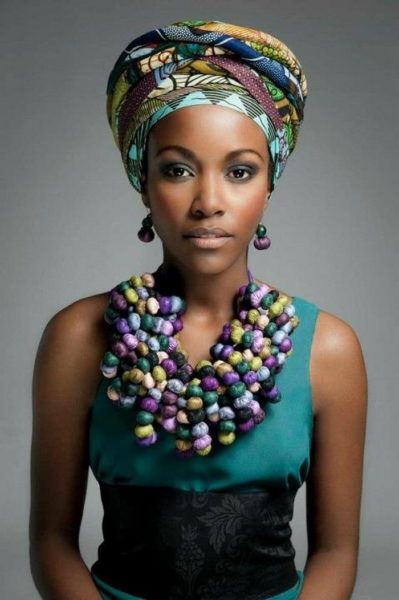 I was very recently told that I seem ‘quite British’. I smiled, nodded and moved on. Because what they actually meant to say was that there was nothing distinctly ‘African’ about me. My background is no shape or form underprivileged; I don’t have a noticeable accent which makes words sound different from how they are actually meant to sound, and I don’t like lions or tigers any more than the next man.

In truth, there’s nothing ‘British’ about me. I don’t like tea; or Coronation Street; or roast potatoes much to the dismay of my friend, Charlotte. But for the simple fact that I am not clearly ‘different’ from the average English person, suddenly makes me ‘British’.

I’m a Nigerian who has been faced with the challenges every enlightened Third-World produce is exposed to if they move abroad. I get asked the most bizarre things on a semi-regular basis. When I first moved to England, I got asked everything from whether or not there were banks and cash machines in ‘your country’, to whether I was met at the airport with dancers holding spears and shields. I’ve had the “I’m from Nigeria” quickly followed by “Oh, I always wanted to go on a safari trip”, as though those two go naturally together.

I’ve had people who have no real understanding of the words, toss “tribal” and “ethnic” into conversations with me, as though ‘ethnicity’ is something strictly synonymous with foreigners. On one occasion (and I tell this story all the time), I was asked if I lived in a hut (this is not a joke). The person who asked this then followed the question which a long, hearty laugh, claimed to be teasing and begged me not to be offended. The absolute nerve. Still, emotions aside, I most definitely picked up on the main point in that ridiculously offensive question. And I must say that I am honestly fed up of this ‘cultural characteristic’ of Africans as helpless, unfortunate victims. The ones who are enlightened enough to understand that we don’t all walk miles to fetch a keg of water are but a handful. As a result of it, we are subjected to the irritating amazement of strangers when a story is told of having a driver or going bowling with friends instead of dancing under the moonlight in the village square.

The media feeds us day-in-day-out with information about issues, people and places that are unknown to us and we subconsciously absorb it and form our beliefs on these basis. And that is very scary, because what is out there is thoroughly lacking in diversity. As beneficial a thing as they are, I can’t stand charity adverts. You know, the typical save-the-dying-African-kid sort, accompanied by the slow, sorrowful music to pull on post-colonial heart strings. Amazingly, I still used to donate to certain charities monthly, but only for personal reasons. Whatever the original intention, they have the ability to dehumanise and reduce people to great extent. They paint pictures of hopelessness and despair, almost to the point where anyone watching would probably feel like they would burn in Hell if they did not spare “just £2” every month. ‘Africanness’ and poverty have become like peas in a pod. It is the unspeakable danger of a one-sided story.

In a CNN interview, Chimamanda Adichie spoke of the director of a young African writer’s workshop, saying “Somebody – an English man, an ‘Africanist’ – was telling you what your story was…an African story had to be overtly political, it had to deal with violence or poverty…you couldn’t write about people falling in love because its minor. In Africa, terrible things are happening.” She then goes on to add “They’re human beings as well who are laughing, and cooking, and working, and finding ways to keep their dignity.” Well, not according to mainstream media.

Let me be perfectly clear; I am not in any way trying to underestimate the hardship of millions of Africans all around the continent, who really do have difficult lives. My point is that we are not all in the same position and that should never be taken for granted, just because of some bored international celebrity who wants to use the starving Africans as avenue to get a double-page spread in a magazine. There are countless people in countless countries around the world who are underprivileged.

So after oodles of frustrating conversations, I made my decision. I began to sit very quietly in talks and seminars about The Act of Thanksgiving, and carefully watch as the first picture that comes up on the PowerPoint is a poor, helpless Ugandan child. And I patiently smiled and nodded (it’s my thing) when someone seemed astonished when I told them how I’d like to move back to Nigeria because “England isn’t for everyone”. And when someone exclaimed at my never having seen an elephant in my entire life, as though they casually strolled through my backyard, I’d give a little laugh and express how incomplete my life is as a result.

Have you had any experiences similar to these? Do you agree with the notion that the depiction of Africans is skewed? Let’s get talking!

Related Topics:AfricanAfricanistKunmi Omisore
Up Next