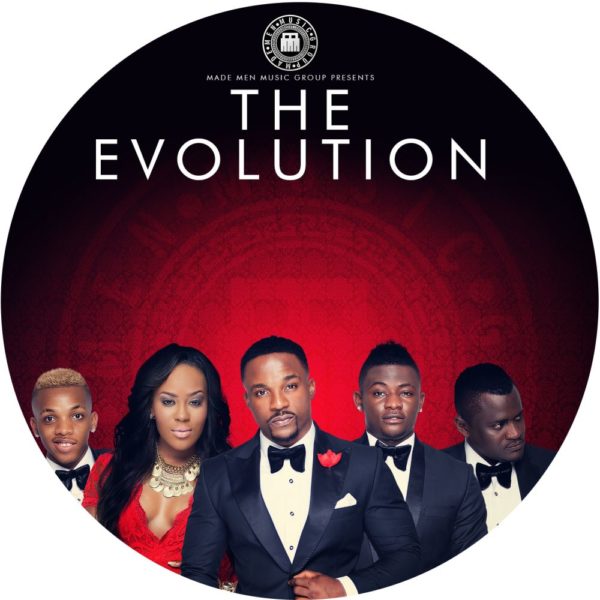 We knew something cool was cooking up in the Triple MG house when they presented us with their photo shoot.

Now we don’t have to wait long, the anticipation is finally over.

Made Men Music Group has released the first official group album titled “The Evolution“. The title makes reference to the portrayal of how the artistes have evolved the industry through their new age sound and production.

Triple MG’s CEO Ubi Franklin referred to the upcoming album to be released on Thursday 29th May 2014, as a gift to fans through music across Africa and the world.

Pop sensation Iyanya says “This project portrays the different talent that we posses within our camp through music production and vocal range, and I’m very honored to be apart of this Album and the Triple MG enterprise.”

They don’t need any introduction but the crew includes Iyanya, Emma Nyra, Tekno, Selebobo and Baci. 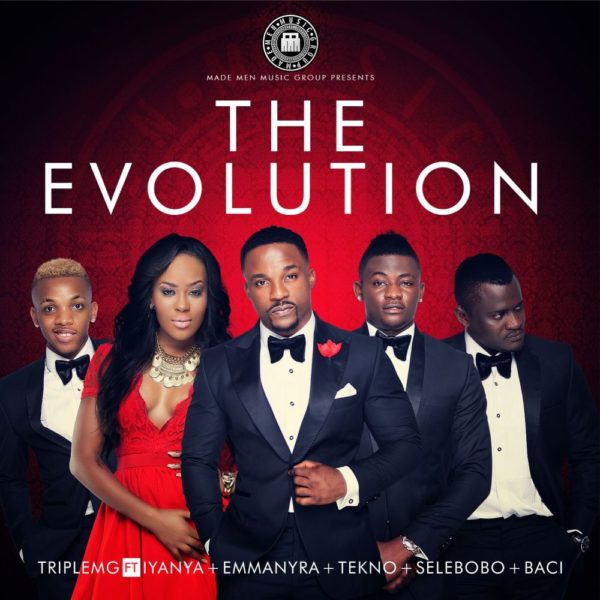 The 14-track album includes almost all genres of music including pop and R&B.

All mixed and mastered by Selebobo. 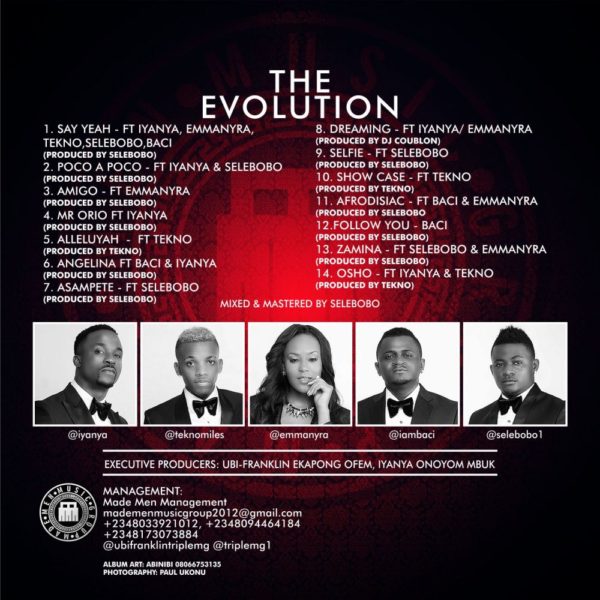 Watch a video of the crew recording the album