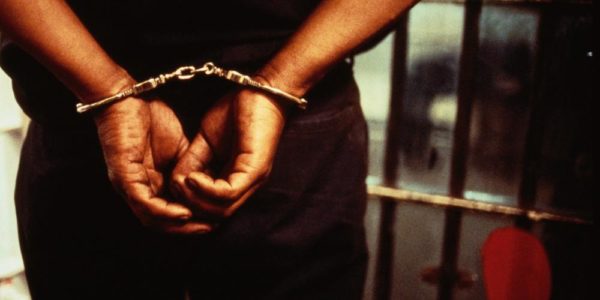 A man pretending to be Nigerian business tycoon, Mike Adenuga,  has been arrested for sexually exploiting women and posting their nude pictures and videos online.

The man, Iweka Chris Chigoziem Nnamdi, 32, was apprehended when one of his victims, a banker named Judith, reported him to the police, The Eagle reports.

According to police reports, Nnamdi lured his victims by pretending he was Mike Adenuga on social media sites, especially Facebook.  He would then invite them to a hotel or his one room-apartment in the Ajah area of Lagos.

Thereafter, he would convince them of his undying love for them, and sleep with them. But unknown to the women, Nnamdi had video cameras and/or webcams planted in the room, recording all their sexual escapades.

Afterwards, he would blackmail his victims, requesting for money, and if they refused, he would send the scandalous videos as well as their nude pictures to their loved ones, spouses, and also post them on social media.

Judith, the woman who reported him to the police, had fallen for the scam. She had chatted with Nnamdi on Facebook for many months before finally agreeing to meet him in March. They had sex.

After their encounter, Nnamdi tried to blackmail her, but thinking he was joking, she ignored his threats. One day, she discovered that he had posted a video of their sexual encounter on Facebook and tagged her over 300 friends, who watched the clip. He also posted her nude photos.

Mortified and angry, she alerted the police who conducted thorough investigations, leading to his arrest.

Before his arrest, Nnamdi posted the following message on his Facebook timeline:

To the ladies, stop forcing yourself to be a man’s girl or his number two when you have someone begging to have you alone in their life! It’s better to pray for your own partner than been a side girlfriend to anyone. Good morning.”

Court hearings for the case began today, Monday, May 26th.