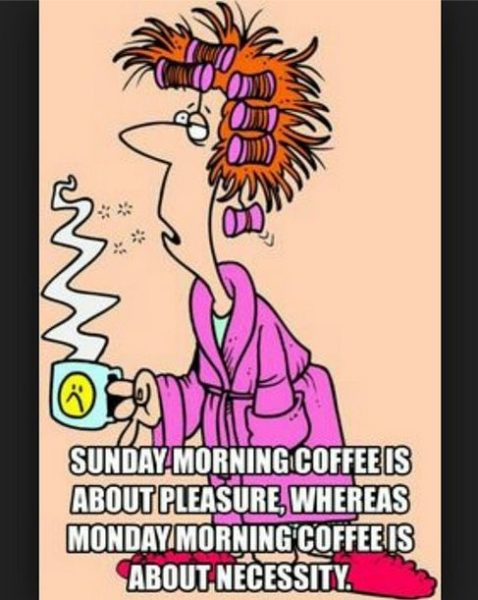 If we lived in a world where all was right and fair, coffee would be declared as the Official World Drink. There would be no tasks assigned to anyone until the consumption of a cup of coffee. My coffee condition is so bad that I am incapable of carrying out any rational conversations without having the ALL SYSTEMS GO elixir, and it’s particularly bad on Mondays. For employees like me, it’s that time of the week when you have to execute everything you have planned out from the previous week. Some Mondays are okay, others just require an extra dose of coffee.

Monday…and the constraints that come with it… is the reason why many people say they don’t want to work ‘9-5’. There’s a presupposition that, without the forced requirements of having to go to work, there will be a lot more wiggle room for creativity and productivity. Some people are simply averse to ‘9-5’ because they don’t believe that they’d thrive in an environment where they’ll constantly take instructions from people. For some people, they say they’re not ‘morning people’ and as such, the whole going in to work at 8am is not their idea of how life should work.

While having a chat recently with a group of people, talk veered in the direction of what we all planned to do in the next 5 years. Almost everyone said they saw themselves running their own being. It seemed to be an elevation from being someone else’s employee. However, there was one person who said she was quite content being an employee. She made some very interesting points. According to her: “Entrepreneurship is not for everybody. Secondly, many people who say they’re tired of working for other people and want to chill and do their own thing are getting it all wrong. Every smart person knows that doing your own thing means putting in twice the work. It involves sleeping less and worrying more, because the success or failure of the business venture is solely dependent on how much work you put into it. Shebi when you’re in paid employment, at the end of the month, whether or not you draft 50 agreements or you browse blogs, your salary will still show. Secondly, running your own business in Nigeria involves a lot of ‘Who sabi who?’ Even when you have brilliant ideas and you miraculously get a brief, there is someone somewhere who wants a cut from the work you haven’t even started to do. Finally, personally, I thrive better in an environment where I am learning from a team of superiors and also training juniors within the framework of an organization.“

At the end of that chat, I was quite intrigued by the points she made. I mean, sometimes we all see running our own business as a step up. However, we’ve heard stories of how a lot of  guys use it as a cover for doing nothing. Flash in the pan. So, girl meets guy. Girl asks guy ‘what do you do?’. Guy says “I don’t believe in 9-5. I do my own thing”. Later, girl finds out that guy isn’t actually doing anything. In fact, guy lacks the discipline that one usually gets from having to diligently work. So under the cover of ‘doing his own thing’, the guy has a lot of time to go on jaunts – constantly lounging.

So, in exploring the issue of not being naturally inclined to entrepreneurship, I remembered when I was studying at Unilag. Woodin was the fabric of rage then, and since I’d done the running around for my brother’s wedding Aso-Ebi, I figured I could buy and sell fabric for a little cash.  It was a nice experience, but not one that I’d venture into again. There was the constant challenge of having to chase people around for your money. For me, the greatest challenge was the piecemeal style of paying back. “Let me pay you 800 today and give you 700 next week Tuesday.” I was always running back to my Mum every time I needed to pick new orders.

Maybe selling clothes was just not my thing. Maybe I’ll remain a worker ant for a little while longer. Someone has to be a part of the workforce after all.

Anyway, what do you guys think? Are you a natural born Nine To Fiver or are you an entrepreneur? Share some of your fun stories and experiences within your area of network.

Have a fantastic week ahead, and don’t let Monday weigh you down.