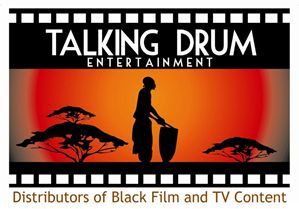 Talking Drum Entertainment, the visionary UK Company that distributes Black Film and TV Content, who brought you the Flower Girl movie premiere is set to develop and produce its first set of feature films and film makers!

Among its first set of movies to be released will be “Immoral Dilemma” – a romantic drama with a high concept moral issue hook as it wrestles with complex social and ethical questions. This is set for release in 2015. Also on the slate will be “Find Your Voice” a comedy, “Who Owns the Law” a thriller and “Model Affair” another romantic drama.

According to the company, all films are at various stages of development and Talking Drum Entertainment aims to bring on board experienced Sales Agents for additional support in sales, marketing and publicity.

Moses Babatope, CEO of Talking Drum Entertainment describes the reasons for going into film – “We have always lived by the mantra Content is King in this business and over the years the black film segment has become one of the fastest growing sectors of the film industry but has suffered from a lack of top quality content necessary to satisfy our global audience and exploit the commercial opportunities available and we want to rectify that imbalance.”

Dapo Oshiyemi, the lead Producer adds “It’s great to have films like 12 Years a Slave ($188m), The Butler ($177m) and Think like a Man ($96m) come through but they all seem to be coming from one source and that’s the USA but the black experience is not just about African American’s, so it’s vital that Africa and the UK start to contribute to making films of this quality, considering the fact that there are so many exciting stories from these Countries dying to be told”.

BN Movies & TV will keep you in the loop as these movies unfold.