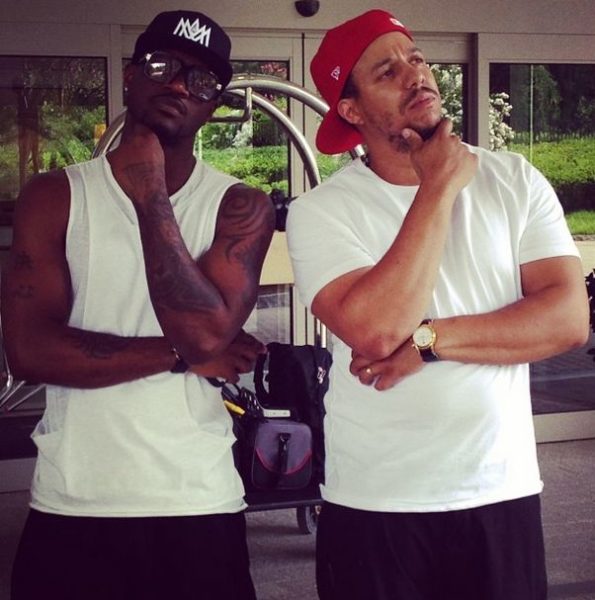 No prizes for anyone who can guess who was a no-show at his brother’s wedding?

Today is Jude Okoye and Ify Umeokeke‘s traditional wedding in Nnewi, Anambra. There are a lot of stars and guests present including Paul Okoye – one half of the P-Square gang.

The other half Peter Okoye decided to skip the wedding. If you recall in November 2013, when Peter and Lola Omotayo tied the knot, Jude did not attend the ceremony, but attended the wedding of Paul and Anita Isama.

After Peter posted this image of himself – not at the event, his fans used the opportunity to blast him. Peep a few comments below; 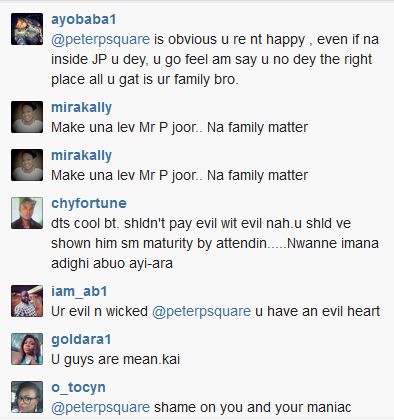 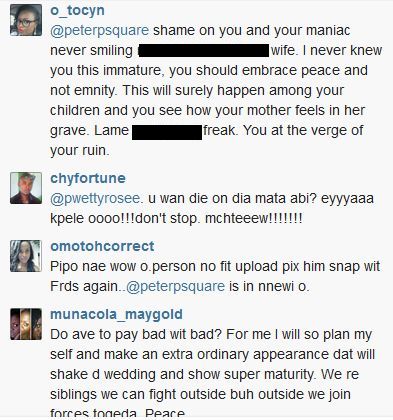 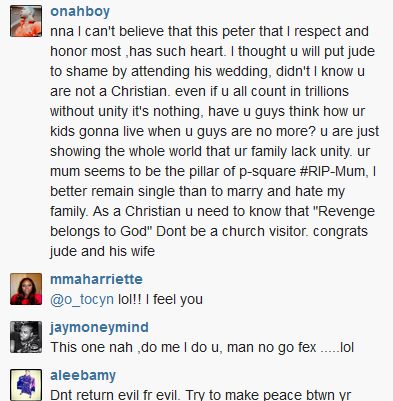 P.S Here is a photo of Paul Okoye and wife Anita, with Jude Okoye 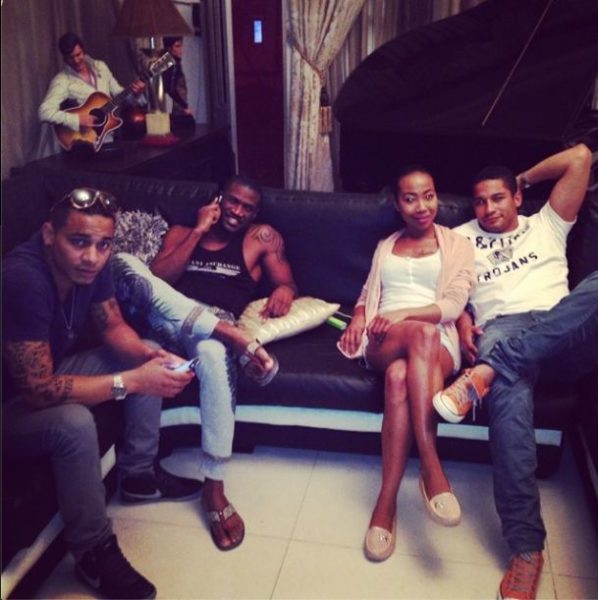