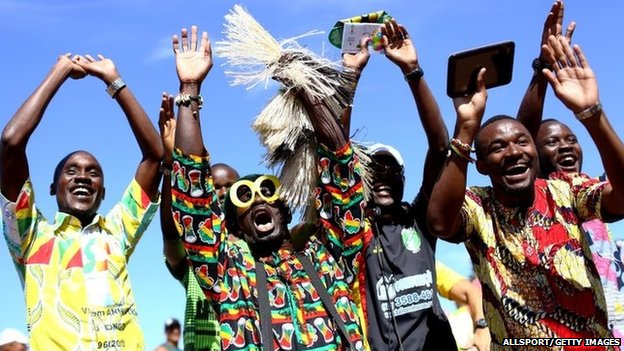 A few hours ago, BN told you that Ghanaian football fans who visited Brazil to experience the 2014 World Cup are requesting asylum over inter-religious conflicts.

“The basis for this alleged request is completely false as no religious conflicts is taking place in Ghana. Ghana’s mission in Brazil has been instructed to liaise with the Brazilian authorities to investigate the matter” said Minister Felix Kwakye Ofosu via a statement.

The group believed to be part of a government sponsored delegation, filed their applications in Caxias do Sul, one of Brazil’s most prosperous areas.

Police in Brazil believe the Ghanaians are looking for the right to work legally in the country.

Related Topics:brazilWorld Cup
Up Next