Sound Sultan: "The Problems of Nigeria are Nigerians"

Music star Sound Sultan in an interview with The Nigerian Entertainment Today speaks about the Nigerian music industry, meeting Queen Elizabeth II, his wife converting from Christianity to Islam and his new role as an ambassador for MTN.

When asked “Most of your songs have been about the situation of the country, which is good. What would you say are the problems facing this country and how do you think we can reform the state of the nation?”

“The problems of Nigeria are “Nigerians”! We don’t have any other problem other than that, You realise that, whenever we point an accusing finger at the government, it points back at the masses. We have a common enemy, which is the government.

But we fail to realise that we are part of the government. Even if we are not at the reign of power at the moment, one day we will get there. Even the present individuals in government had pointed accusing fingers at one point in their lives.

That’s how the trend continues. The people themselves need to re-evaluate what they stand for, individually. It’s easy to say little drops of water make a mighty ocean, but if every unit takes proper charge and make significant effort towards the betterment of the country, then we will move from this point.

So, if we talk about the situation of the country without the people wanting to be part of the rehabilitation, we won’t succeed nor progress.

The number of people on government is very minute, compared to the masses. Okay, for example, if we are able to fight and conquer this present government and toss the corrupt leaders out of their offices, what’s going to happen when the new one comes in?

That’s is my argument. I am someone that speaks for the masses but the masses are faceless, I might as well be speaking for a thief.

So, I just want individual efforts, everyone should be prepared to make sacrifices for the betterment of this nation. If we can get majority of the people thinking in the right manner, then the country will change.

You will find a man driving against traffic insulting another driver that is plying the right route. We are losing it in the country.” 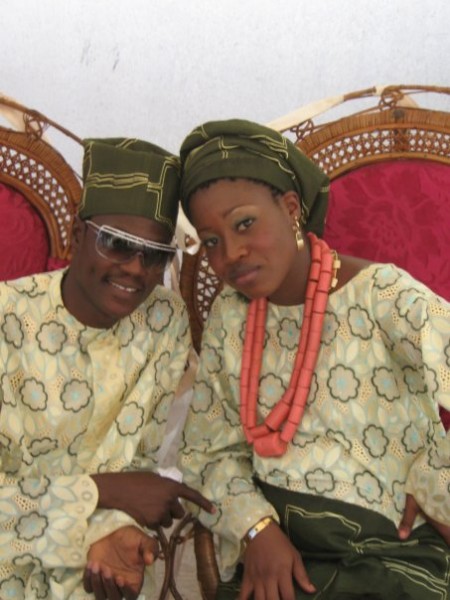 On his wife converting to Islam: Whenever you walk in life with someone or you want to take someone as a role model, partner or whatever, don’t change because you want to change, the most important thing that should make you emulate that person is their way of life.

If someone’s way of life affects me positively, and I feel this person is representative of whatever they preach, then I will change for that reason.

I think that’s exactly what my wife did. I don’t want to go into too much detail on that, but when people try to convince you into something, but they are not practicing what they preach, then it is a chaotic approach to influence people.

I tell people “Do your own thing the right way and when they see you, they emulate you”

For more on the interview, pick up the new issue of The Nigerian Entertainment Today

Let’s Live Together! Chimamanda, Flavour feature in Remake of Kush’s Song for “Half of a Yellow Sun”