Wife of Late Ebola Victim Speaks: Our 3 Daughters Will Never Know their Dad 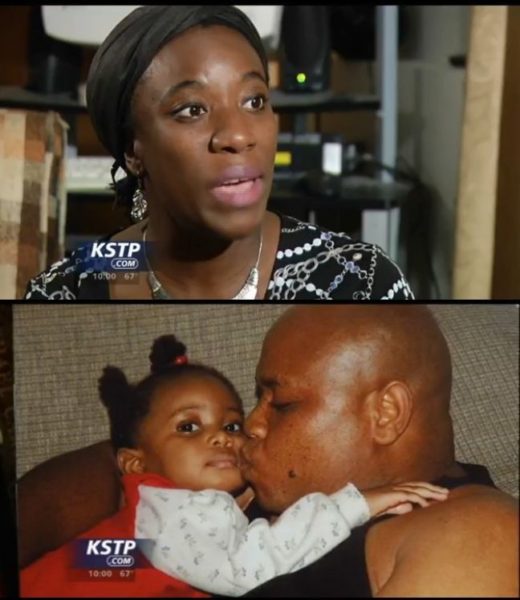 It has been revealed that the man who recently died of Ebola in Lagos, is also an American citizen who has a wife Decontee Sawyer and three daughters in Minnesota.

The man lived in Minnesota for about a decade, but moved back to Liberia in 2008 but was scheduled to join his family in August. He was coming back to celebrate two of his daughters’ birthdays.

In an interview with KSTP, Decontee speaks on the deadly virus and how their three young daughters will never get to know their father anymore.

“I don’t want all of this to be for nothing. I have three girls who will never get to know their father.”, she says.

She also said that it is easy to think that Ebola is a problem on the other side of the world, but that is not entirely correct.

She hopes the death of husband serves as a wake-up call. “This can happen anymore. I don’t want any more families going through what I’m going through. So I pray, and then I’m ready to fight.”