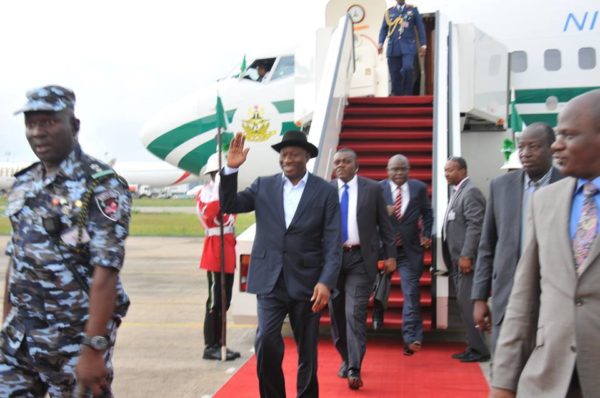 As BN reported, over the weekend there were multiple reports that President Goodluck Ebele Jonathan is seriously ill and was flown to Germany for medical attention.

His spokesperson Reuben Abati denied the reports, claiming that the “the publisher of the newspaper that has been writing this false report is a chieftain of an opposition party who also have an ambition to be President.”

Today, Monday 25th August 2014, GEJ arrived Nigeria in a black suit and his Niger Delta hat, smiling for the cameras as he got down from the plane. 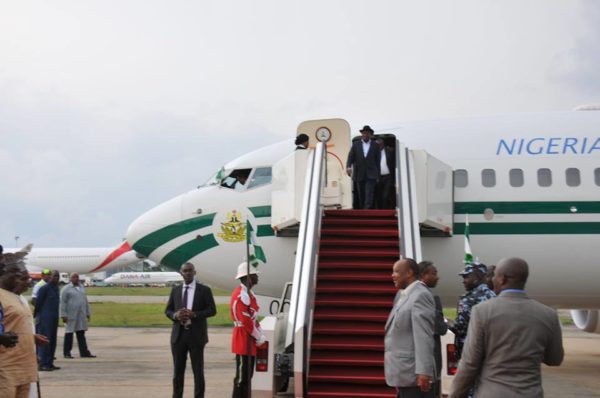 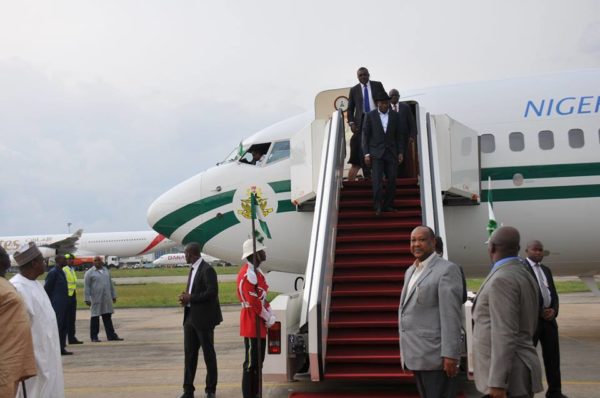 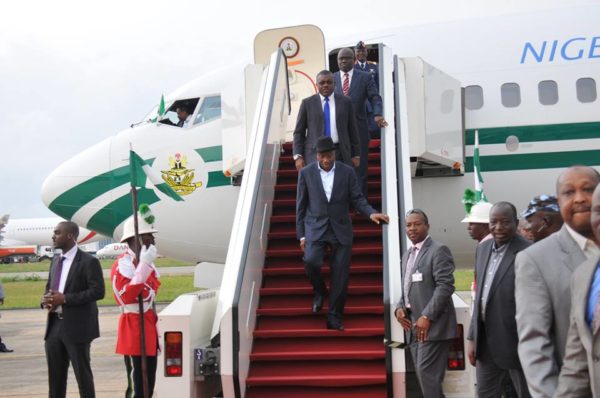 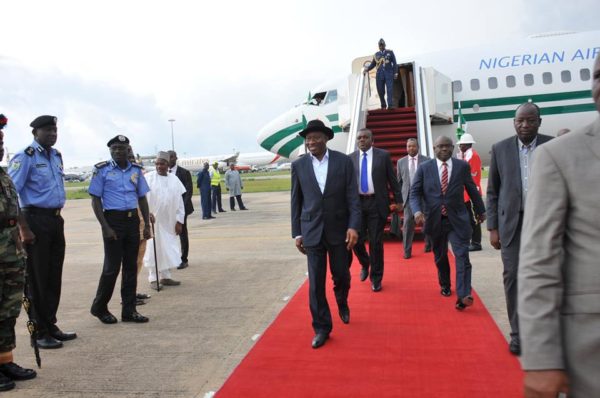 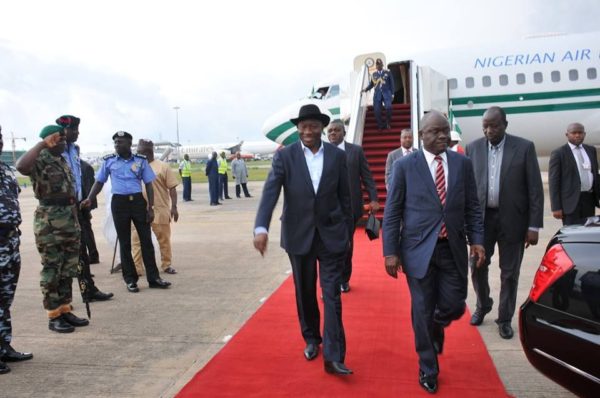