Ciara Lashes Out at US Weekly for Publishing "Thirsty" Fake Interview 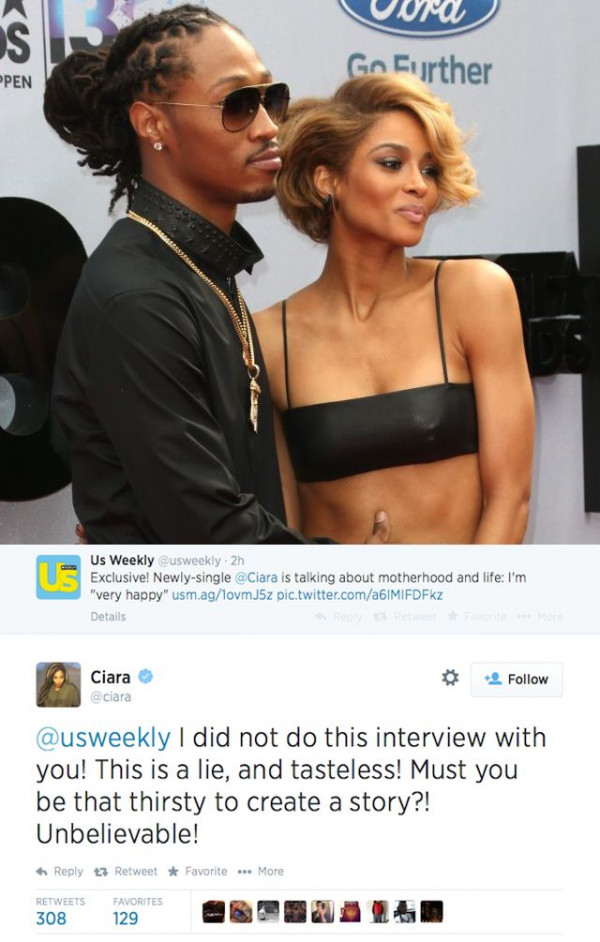 Ci Ci isn’t so happy with US Weekly Magazine.

Yesterday the pop culture publication revealed that Ciara and Future have split, three months after welcoming their first child together.

Although we are yet to get an official statement from the couple, the “Body Party” singer is calling out the publication over a “thirsty” fake interview.

Hours after announcing the split, the publication reported that she is “focused and very happy”, most especially about motherhood.
She was quoted saying;

“I want to be one of those moms and women that when I look back, I know that I always stayed focused,” she explained. “It’s about keeping your eyes on the prize. Before I had a child, I had goals.

And I still have to accomplish those goals, but now that I have a child, I have more goals to accomplish. So I can’t waste time. I have to go for it.” She added, “It’s actually pushing me harder, and forward.”

Ciara claims her words were manipulated and it was not an interview talking about moving on.

Be CLEAR @usweekly. I interviewed with your Beauty Editor about Degree & Mtv HOS. U manipulated my words & took the interview for sensation.