It was a violent scene when angry young men hurled rocks and stormed barbed-wire barricades trying to break out of a neighbourhood that had been cordoned off by the government.

According to New York Times, soldiers repelled the surging crowd with live rounds, driving hundreds of young men back into the neighbourhood, a slum of tens of thousands in Monrovia known as West Point.

A 15-year-old teen Shakie Kamara lay on the ground near the barricade, his right leg apparently wounded by a bullet. “Help me”, he pleaded.

“This is messed up,” Kromah said looking at the teenager. “They injured one of my police officers. That’s not cool. It’s a group of criminals that did this. Look at this child. God in heaven help us.”

West Point is said to be a place affected greatly by the virus, and residents believe the government’s attempt at setting up an Ebola centre at a school there, is to dump the diseased.

This morning, the residents of West Point woke up to learn their entire area was under government quarantine.

The soldiers and police blocked roads in and out of the seaside neigbourhood as many tried to leave the area. 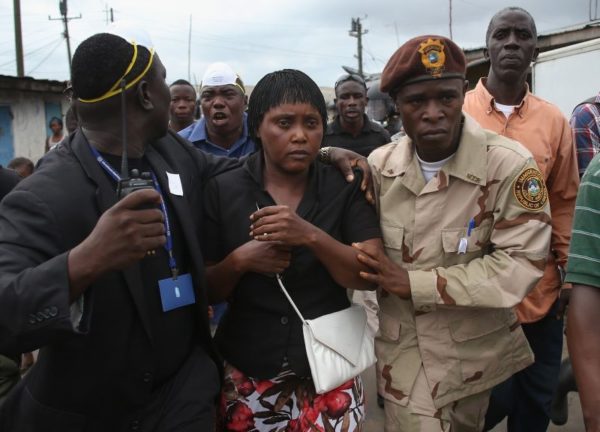 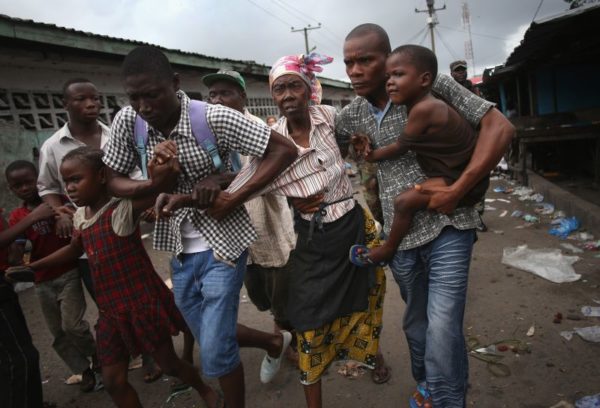