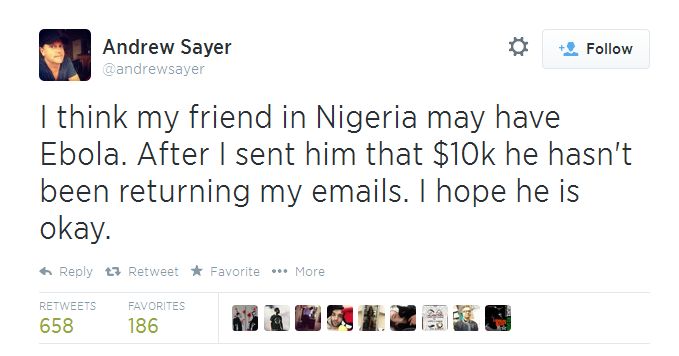 An Australian man Andrew Sayer who resides in Melbourne is looking for his Nigerian friend Oghenekohwo and fears he many have contracted the deadly Ebola virus.

He took to Twitter to state that he gave this friend of his in Port Harcourt $10,000 and he is yet to reply his e-mails. Andrew plans to send more money to this friend in a few days.

The conversation on social media is that the man has been duped but thinks his “friend” is down with the deadly virus.

Emir of Gwoza who was Declared Missing is Alive