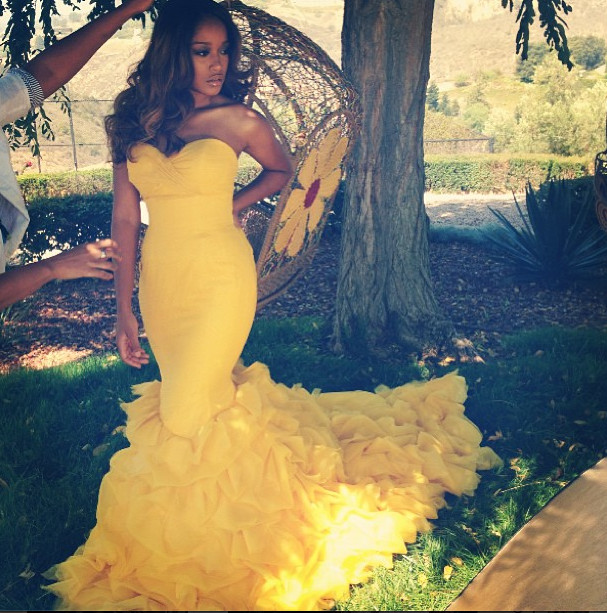 First she became the youngest talk show host ever and now she’s the first black Cinderella on Broadway – it looks like Keke Palmer is all for breaking records this year!

The young Hollywood star and host of new talk show “Just Keke” has been cast as the first black Cinderella in a Broadway production. The 21-year-old will debut her Broadway career in the Rodgers & Hammerstein‘s Cinderella on Broadway, which starts on Tuesday 9th September 2014.

As this is her first Broadway show, she is looking to Brandy – who played Cinderella in the 1997 movie adaptation with the late Whitney Houston for inspiration.

Speaking on her new role, Keke stated “I feel like the reason I’m able to do this is definitely because Brandy did it on TV“. “In me doing this, it shows everybody that everything is possible“. It’s a “dream come true“.