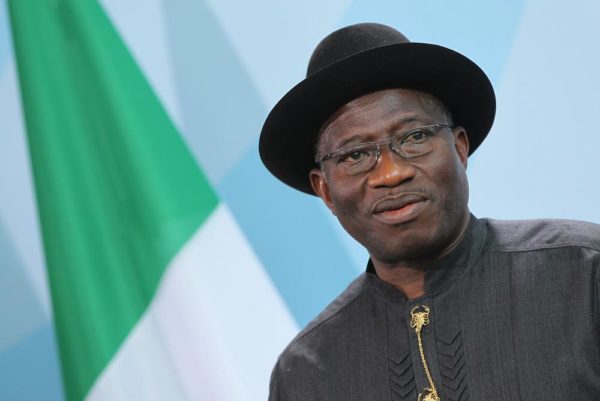 Abuja (NAN) ― President Goodluck Jonathan on Friday in Abuja declared a national emergency on the outbreak of Ebola virus in the country.

Consequently, the President approved the immediate release of N1.9 billion for the control and containment of the disease.

In a statement, the Special Adviser to the President on Media and Publicity, Dr Reuben Abati, said Jonathan also approved a Special Intervention Plan to further strengthen ongoing steps to contain the virus.

The statement explained that this was one of the major decisions taken by the President at a closed door emergency meeting with relevant government officials at the Presidential Villa.

It said the plan included establishment of additional isolation centres and case management.

Other elements of the plan are contact tracing, deployment of additional personnel, screening at borders, and the procurement of required items and facilities.

He directed Federal Ministry of Health to collaborate with its state counterparts and other relevant agencies to take all possible steps to contain the virus in line with international protocols and best practices.

Some of the relevant agencies are the National Centre for Disease Control (NCDC) and the National Emergency Management Agency (NEMA).

The statement quoted Jonathan saying that the movement of corpses from one community to the other, and from overseas into the country should be stopped forthwith.

“Every death should be reported to the relevant authorities and special precautions taken in handling corpses.

“Religious and political groups, spiritual healing centres, families and associations should in the meantime, discourage gatherings and activities that may unwittingly promote close contact with infected persons or place others at risk.

“He appeals to State Governments and private day care, nursery, primary and secondary schools owners to consider the option of extending the current holiday.

“This is until such a time when a national reassessment of the level of the Ebola threat is conducted’’, the statement added.

The statement enjoined the public to desist from spreading false information about Ebola which could lead to mass hysteria, panic, misdirection, including unverified suggestions about prevention, treatment, cure and spread.

According to the statement, the President called for greater vigilance and cooperation at all levels to stop the Ebola virus from spreading further.

It commended the vigilance of aviation and health authorities in Lagos for identifying and isolating the index case in Nigeria, the late Patrick Sawyer, an American-Liberian who flew into the country.

It applauded health authorities at both state and federal levels for tracing and isolating persons who had had contact with Ebola carriers.

“The President calls on members of the public to follow all directives by health authorities and report any suspected Ebola case to the nearest health facility for immediate medical attention’’, it said.

The statement said the effective implementation of the special intervention plan would require other stakeholders to take certain precautionary steps supportive of government’s initiative.

It enjoined public enlightenment agencies, including privately-owned media, to support government’s efforts and disseminate correct information in all Nigerian languages.

Such information, according to the statement, should focus on preventive personal hygiene measures, the nature of the virus, modes of transmission and consequential steps to be taken in the event of infection.

“Jonathan directs NEMA and similar agencies at the state level to strengthen their public enlightenment and to use their networks to distribute hand sanitisers and other protective items nationwide.

“The President directs aviation and health authorities to intensify the screening of travellers at the nation’s borders’’, the statement said.

According to the statement, medical workers and other health professionals are expected to regard this declaration of a national emergency as a patriotic call to duty and service.

Ebola: 139 People are Under Surveillance in Lagos