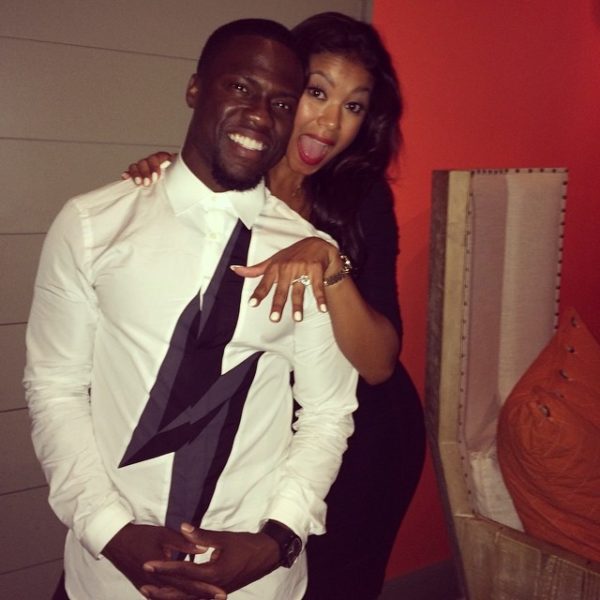 He proposed to his model girlfriend of over 5 years Eniko Parrish on her 30th birthday – Monday August 18.

Here was his caption with this photo he posted on Instagram to make the announcement, “She said YEEEEESSSSS…… #Happy #MyRib #iF–kingLoveHer.”

His friend also posted a video:

The proposal happened to be on the same day as the premiere of his ex-wife and comedienne Torrei Hart‘s reality show Atlanta Exes.

This May, the former Mrs Hart accused Eniko of breaking up their marriage but Kevin disputed the claim in tweets, “I guess giving a woman over 20k a month and still being there for her and being an incredible father isn’t enough.”