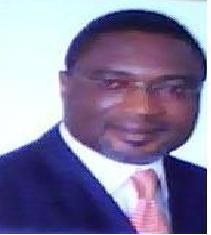 Earlier this week, BN brought you the news that Deputy Governor of Enugu, Sunday Onyebuchi was impeached by the Enugu State House of Assembly.

Onyebuchi was accused of operating a commercial poultry at his official residence and of flouting the orders of the State Governor Sullivan Chime, but many have said that both allegations do not qualify as impeachment offenses.

Today, Ralph Nwoye who is a politician/clergyman has been announced as the new deputy governor, Premium Times reports.