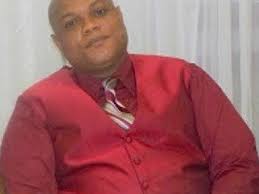 On Thursday 28th August 2014, Just hours after the Nigerian Minister of Health declared Nigeria’s Ebola outbreak to be contained, as reported on BN, news emerged of a new case in Port Harcourt.

When the news broke, details were scarce and rumours were rampant on who, how and why Ebola spread to Port Harcourt.

In a news briefing on Friday 29th August 2014, the Rivers State Commissioner for Health, Dr. Samson Parker revealed key details on the case.

The Name of the Ebola victim in Port Harcourt
Dr. Samuel Enemou

On if Koye Olu-Ibukun was aware he had Ebola
Yes

How Koye Olu-Ibukun escaped quarantine and got to Port Harcourt
To conceal his movement, Koye, who had been quarantined among other people for having primary contact with the late Patrick Sawyer, the Liberian-American who is Nigeria’s index Ebola case, snuck out of the isolation unit where he was being observed and took a flight to Port Harcourt and switched off his phone so that he could not be reached or traced should he answer a call.

The site of the treatment which led to the Doctor’s Ebola infection
Mandate Gardens, a local hotel in the Rumunokoro area in Obio/Akpor Local Government Area close to Dr. Enemuo’s Sam Steel Clinic.

On the protective measures taken by the Doctor
According to the commissioner, “From what we have gathered so far, Dr. Enemuo, knowing that Koye was positive of the Ebola virus took some measures of precaution to protect himself while treating Koye. Knowing the enormity of what he was doing, Enemuo upon Koye’s departure for Lagos, poured bleach all over the room that Koye slept in order to sanitise the place.

The Doctor develops Symptoms…
Dr. Samuel Enemou developed symptoms of Ebola and approached a colleague for treatment at the Good Heart Hospital

He concealed his status
Dr. Samuel Enemou did not disclose his suspected Ebola diagnosis. Instead “He lied. He did not tell the doctor that was treating him his full story. But the doctor, a nice and conscientious professional, suspected that Enemuo was either hiding something or was suffering from a strange ailment because he proved negative to malaria, fever and typhoid fever. To be sure of what he was doing, he spoke to other very experienced doctors about the strange case he was handling in his hospital.”

At that point, the news of Ebola was in the headlines and the invited doctors declined the invitation to monitor the case. Dr Enemou’s condition deteriorated and he died. His wife who is currently displaying symptoms is now under quarantine and observation in Lagos. The couple also have a 3 month old baby.

To read more on the case, please visit Punch.

This illustrates how fear and lack of professional ethics has helped the spread of Ebola. If you suspect you have Ebola, please contact the Ebola helpline in your state immediately!