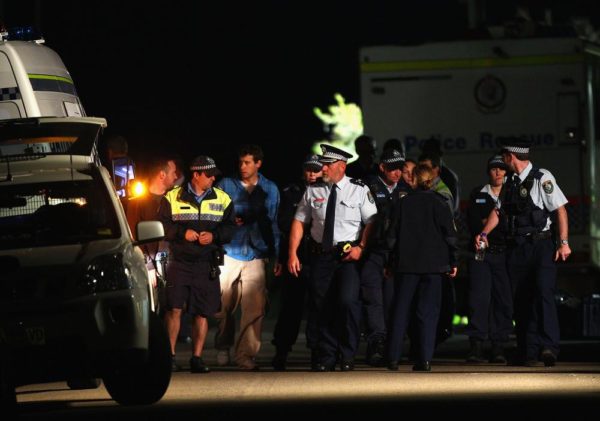 The World leaders are due to gather in Brisbane in November for the G20 summit.

An official, who preferred anonymity, said the brother of a man widely believed to be Australia’s first suicide bomber in Syria had ties to the centre.

He said the raid came a day after National Spy Chief, David Irvine, said he was considering raising the terrorism threat level over a build up in the past year of a threat of domestic terrorism.

The domestic terrorism threat level has been at medium since 2003.

Irvine is to retire as head of the Australian Security Intelligence Organisation (ASIO) on Friday.

Australia government said it has stepped up efforts to curb so-called home-grown terrorism, with tighter laws and special units stationed at airports.

It said the new measures are aimed at preventing Australians from joining jihadist militant groups abroad.

Intelligence agencies have put the number of Australians fighting on the side of such groups in Syria and Iraq at 60.

It also has an estimated 100 people in Australia supporting their activities.

Africa’s Sexiest Actor? This Might Convince You! Ramsey Nouah covers the New Issue of Glitz Africa