Mayowa Idowu: How The Internet Killed a Generation 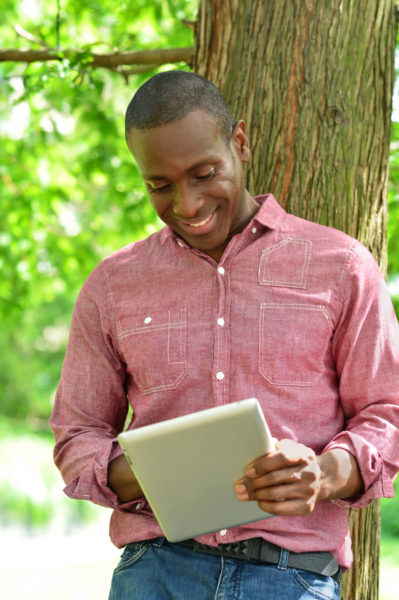 It is a gift, it is a curse. It has made things easier but has that necessarily been a good thing?

Journalism used to be a noble profession. Its importance encapsulated by the abhorrence it earned from the political ruling class. If journalists and politicians are found colluding in any sane society, there’s no greater surefire signal to worry. Be very afraid.

Journalists act as a check, they’re there to get under the skin of the establishment. The internet is sounding a death knell for journalism. Newspaper figures are progressively declining and this has meant that for them to stay economically viable the next challenge would be to cut costs. This has meant more media organizations going digital as it is more cost efficient as opposed to printing newspapers that would end up lining cupboards and wardrobes in the blink of an eye. Against this backdrop, the next challenge has been to garner hits so as to maximize advertising streams and steal a march on competitors.

Step in, clickbaits like the Daily Mail with Mail Online. Watching the success of celebrity oriented websites like TMZ, Bossip and Media Take Out, the Mail set out to become the Michael Jordan of the Internet by building its celebrity coverage and spicing this up with a sometimes discriminatory, bullying tone because there’s nothing that unites people than knocking down people without perceived flaws. People don’t feel guilty for attacking Kim Kardashian, a woman deemed as popular for the wrong reasons by calling her a whale for putting on weight whilst pregnant and get labeled “irresponsible” when she shows off her post baby body. Whilst that it can be described as a trivial issue, one recent instance is cause for worry. In 2008, BBC Journalist and author, Robert Peston was displeased to find out that the Daily Mail had published a story revealing the well guarded secret that his wife, the novelist Sian Busby was dealing with cancer. At the time, their second son was not even aware. Busby would end up passing away in 2012. I ask: How much is enough? When do we start to give respect to people’s privacy? Where do we draw the line as to what should lie in the scope of public knowledge? Who stood to gain from this revelation?

Mail Online has succeeded. It is heads and shoulders the most viewed news website in the world and generated 41 million Pounds in its last financial year. It appeals to the short attention span and celebrity obsessed culture of my generation. The obsession with hits has birthed the act of trolling – saying things to garner a reaction. An article can go viral, not because it raises salient points but more because people are sharing it out of outrage. Like “Can you believe this person said this?” Hits are hits though and their value to advertisers is enhanced.

Linda Ikeji’s blog would probably be the Nigerian version and whilst one should respect the way she has made herself relevant, it’s appalling that there is no legally underpinned way to ensure standards are upped. Linda Ikeji specializes in copy and paste journalism with a hint of cyber bullying. The internet has created a culture where people lacking an understanding of Journalism ethics and standards, parade themselves as “journalists”. The diminishing standards has worsened the wariness people feel towards journalists. They see the things the Mail’s of this world do, tar journalists with the same brush whilst forgetting that but for the traditional custodians like the Guardian, der Spiegel, the New York Times and the Washington Post the true depths of the surveillance government would never have come to public consciousness. The phone hacking scandal didn’t help and when coupled with the apathy towards the recent bid by the British government to regulate the press, the future looks worrisome. The oversaturation of society with tabloid culture has ensured that the media which traditionally was a friend of the masses has been left on its own.

In his interview with the BBC’s Zane Lowe, Kanye West said ” They completely changed the way Photography should be. (referring to paparazzi) Same as how there’s plenty of musicians that are sold the fcuk out and changed the art of music so that people don’t hold that to the highest level of genius anymore. Meaning like if there’s a high level, like visual artist or a high level clothing artist, they’ll be held at a higher level of genius than a musician because the things in music that are selling the most are the least inspired for the most part and the least genius.”

The internet has changed music in different ways. By allowing music to be shared so easily, the value of music declined. The internet has lessened the artistic value of music. Anyone can and will make music these days. In the past, one would have had to go to the studio and pay to record music. Now, it can be done on one’s laptop with the right software. And when everyone can make a song and upload it to the internet, it becomes a congested space and the standards decrease. As the value has decreased, there’s more pressure from record labels who as commercial entities have to make significant return on their investments. They influence their artists to make child friendly Pop music. This explains the rise of acts like Justin Bieber, One Direction and Miley Cyrus. On the other hand, it explains the sense of outrage when these acts decide they don’t want to pander to that audience any longer. It’s only natural with evolution that the kids demand a table with the adults. To these acts, revolting would in all likelihood guarantee that. Pressure to pander to radio. See Lupe Fiasco panning his own album ‘Lasers’. Pressure to pander to men. See Lily Allen’s ‘Hard Out Here’ video. Michael Jackson could make ‘Black and White’ and ‘Man in the Mirror’ because no record label was shouting in his ear to feature Madonna or Lady Gaga on a song. In today’s climate, socially conscious music gets very little attention. The art of music is dying slowly.

Technology has also killed our sense of experience. It has rendered the CD invalid. Before the advent of iTunes, the norm was to go to a record store, purchase the album, go home and savor the fresh smell of the minted album, put the CD in the record player and take in its contents. Now, it is near impossible for an album not to be out floating on the internet days or weeks before its release. Jay Z and Kanye West’s Watch the Throne, the only one in recent memory and that was shrouded in secrecy with hard drives being placed in safes and the digital form being released days before the physical. Last year, I was forced to buy Kanye West’s ‘Yeezus’ off iTunes(the first time I ever made a purchase on that platform) because it was unclear if the physical album had been shipped to England and even if, with the death of a chain like HMV I wasn’t even sure what store had it in stock that day. Sean Parker’s Napster the proponent of this. We go to concerts and spend our time there trying to get the best quality video possible so Elliott Wilson or TeamKanyeDaily can share it. Everyone wants their 60 seconds of fame.

Worst of all, the internet engenders anonymity which fosters hate. I can put up an essay sharing MY opinion on something and be sure that some idiot would comment attacking my person or saying something generally hurtful. Why should I be scared to share my opinion because I’m not looking forward to the vitriol I would get from dissenters? When did I proclaim myself some oracle whose every saying becomes fact?

A friend I asked to edit the paragraphs above, replied with the question: What does all this mean? If it wasn’t any clearer, the implications of all this are that it breeds a lot of negligible traits in generations mired in the technological era. It could be argued that on the media front, the more voices present, the better equipped the audience who could find it easier to cut through the bullshit. Is that necessarily true? I would counter that this is something that can only be levelled at those on the active side of the audience and that tends to be the very enlightened and elitist. The passive parts of the audience would hold this all in and view the Media from a lens of skepticism and distrust. This would obviously play into the hands of the ruling class who would gladly capitalize on any conflict or schism in the relationship between the press and the audience.

On a more general front, for all the talk of the Internet playing a role in the democratization process; it is a standard reducer. It commodifes everything into terms of hits and views and this obviously has had adverse influence on the offerings on display. Remember that Lupe Fiasco record ‘Dumb it Down’? Yep! The internet is eating away at the standards of a generation and dumbing it down.