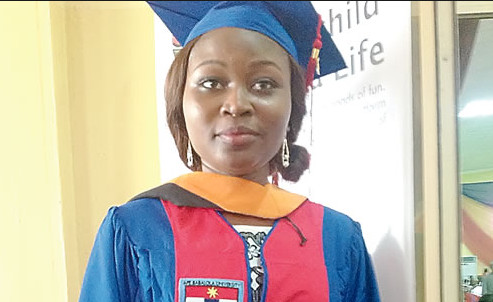 Ekiti State governor, Ayo Fayose has rewarded a 20-year-old female graduate of Afe Babalola University, Ado-Ekiti (ABUAD) with N1 million and an employment offer for emerging the best graduating student of the 334 students at the 2014 convocation of the university.

Oluwatosin Ogunbusola who studied Economics, is the lucky lady, according to Nollywood Magazine.
Reports state that Ogunbusola “led the pack of 46 other First Class graduates; 158 Second Class (Upper Division), 115 Second Class (Lower Division) and 14 Third Class graduates.”
Speaking on her academic accomplishments and Fayose’s gift, the young graduate says that she sacrificed “social life, sleep time, and gist time,” and that she is extremely grateful to the governor for his kind gesture.
Photo Credit: Nollywood Magazine
Related Topics:Ado-Ekiti (ABUAD)Afe Babalola UniversityAyo FayoseOluwatosin Ogunbusola
Up Next