Woman of Guinness, Oyinda Akinfenwa of Janore is Ready for the London Fashion Scene 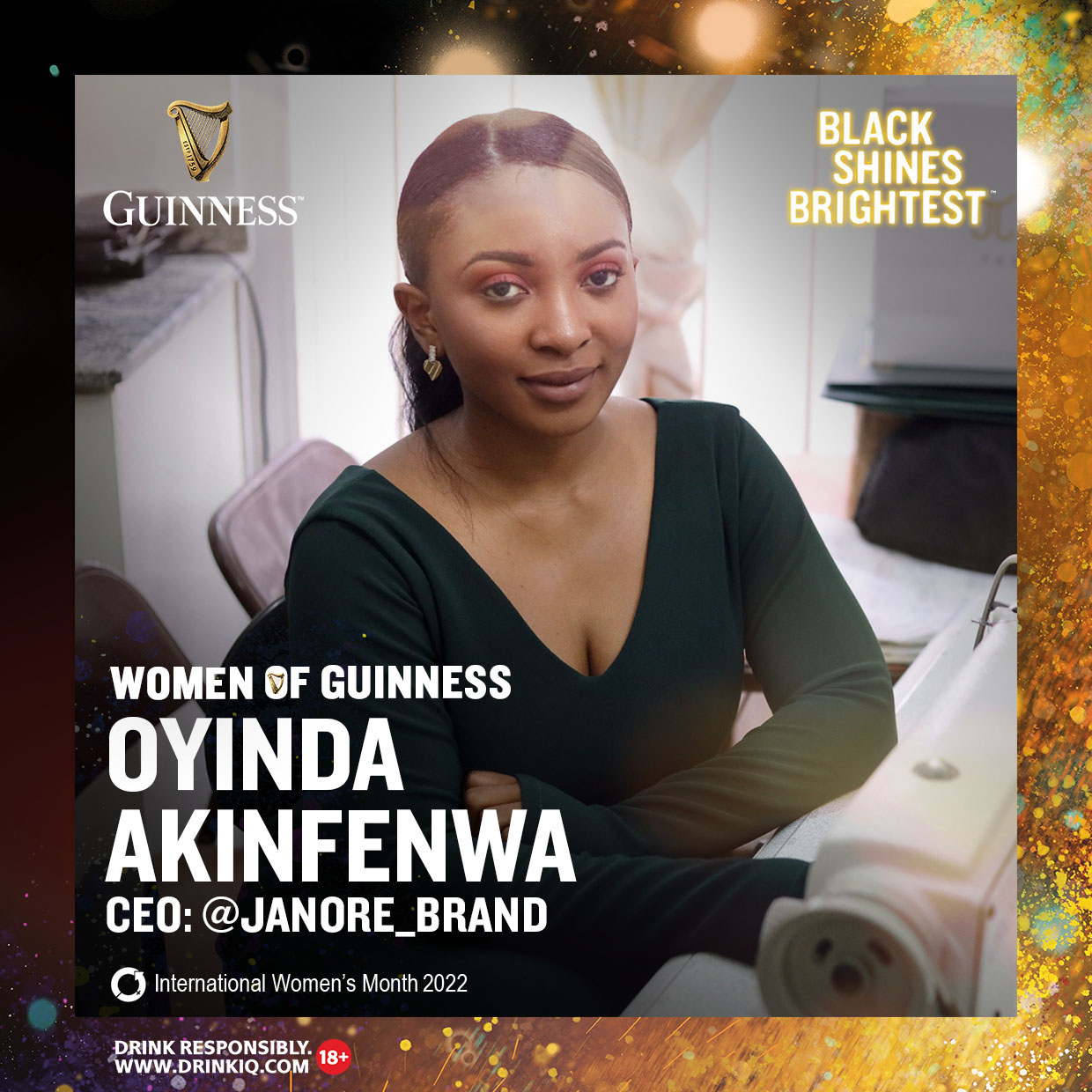 If you see a Janore store on a London high street one day, the surprise should not overcome you. Oyinda Akinfenwa, the brain behind the brand, has dreamed it for a long time and is working earnestly towards it.

Oyinda Akinfenwa is a designer by heart who began her fashion journey by making a dress from her mother’s scarf during a school break. Her brand name “Janore” is a mix of Oreoluwa and Janet‘s names, and Janore’s unique offering is that her works can be styled in at least two other ways.

Originally a designer who would put out designs on social media, she soon got recognition, causing her to take her passion more seriously.

“My mom found out I used her scarf to make my first dress. She was not the only person whose dress I used to experiment; I became infamous in my house for turning people’s clothes into fashion experiments.”

Growing up, Oyinda wanted to become a lawyer and pursued a law degree at Afe Babalola University. However, her pull to fashion remained strong, and without getting any formal fashion training began to make stylish pieces. The lockdown period provided her with enough time to work on her designs and learn the basics of designing.

“It was during this period that I started selling my products. I became designer, tailor, and model,” she says.

She hopes to own a brand store in London in the next couple of years and believes in the importance of surrounding herself with supportive people who believe in the brand and the vision.

“I won’t say I am worried about the future. I am focused on making the best of right now, and I believe I will do just fine”.