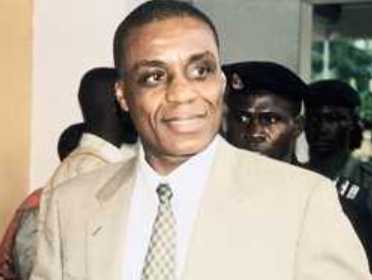 Okey Udeh, a former Deputy Governor of Anambra, has declared interest for the Anambra South Senatorial District in the 2015 general elections on the platform of the All Progressives Grand Alliance (APGA).

Udeh made the declaration on Monday during the APGA stakeholders’ meeting tagged, “Unity meeting’’ in Ndiowu, Orumba North Local Government Area of the state.

He said that the meeting, aside from his political ambition, became imperative after the recent resolution of years of crises in the party in Orumba North/South Federal Constituency.

“You can see all the stakeholders from Orumba North and South with others from the local government areas in the south senatorial district here today spontaneously keen to move the party forward.

“I seek for your support for the senatorial seat; you will not be disappointed if you give me your collective mandate to serve.

“Those who were or still in the senate have performed, but more benefits were still being lacked by our people,’’ he said.

Udeh, a two-time member, House of Representatives and sponsor of the Nigeria Maritime Cabotage Law in 2003, said he would continue the provision of dividends of democracy to the people.

He enjoined the people of the district to give him another opportunity to serve them.

The News Agency of Nigeria (NAN) reports that Udeh has been endorsed by the councilors of Orumba North/South.

Udeh, who is also a foundation member of the party, commended the members of state House of Assembly for passing a vote of confidence on Govermor Willie Obiano.

Chief Okey Ezibe, Leader of the party in the Old Aguata Union, also appealed for the support of the people to make Udeh’s ambition a reality.

“We will go to work, comport ourselves in the most civilized manner to be able lobby our brothers and sisters in the South Senatorial District to ensure Udeh’s victory at the poll.

“The south senatorial district is the melting pot of the state. This is where you have the money bags. We will constitute a think-tank to actualise the job,’’ Ezibe said.

“The people will vote for you for the senate. Udeh had done it before, he did well in the National Assembly; he affected the lives of the people.

If elected to the senate he will do better,’’ he said.

Other dignitaries at the event were Senator Alphonsus Igbeke, the two representatives of Orumba North and Orumba South in the state assembly, Romanus Obi and Nikky Ugochukwu respectively

Representatives from the five councils in the district also made the list of attendance.