Ladies! Your "Brazilian Hair" Weave-on may Actually be Goat Hair

Hey Ladies. This one is for you!

We know how much you love that human hair. From the Brazilian, to the Argentine, and Peruvian, and everything in between.

According to BBC, because of the increased costs of obtaining high-quality human hair, manufacturers in China have resorted to buying moderate quantities of real hair (which is often Chinese hair), and then mixing it with goat hair to save costs and to increase the volume of supply. 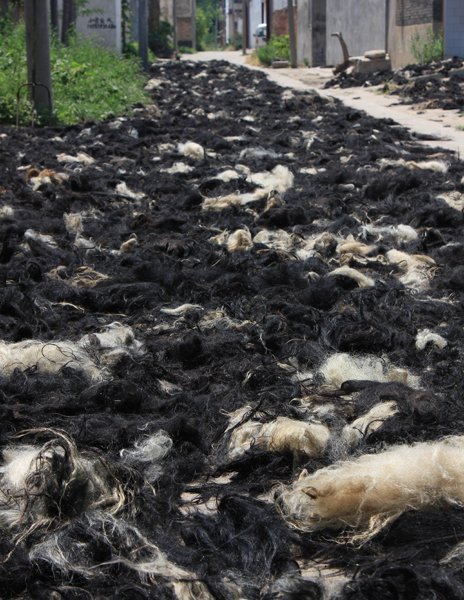 Lily,  a Chinese woman manufactures and sells wigs and other extensions was one of the people who made this revelation to BBC.

“We say it is Indian hair or Brazilian hair, but in fact it is normally Chinese hair or even goat hair. They never realise. This is the only way we can keep things cheap,” she said.

A hair factory in China

She also stated that most of her customers are Africans.

“We used to sell to Europe and America, but now nearly 100% of my clients are in Africa,” she said.

One of Lily’s customers shared her thoughts on why she purchases the hair, even though she knows it isn’t totally authentic.

“Of course I know the hair is not real. The Chinese think we’re stupid. I come all the way from Uganda and they think I don’t know hair.

I laugh a lot when I go home and I know that the beautiful women of Kampala have goats on their heads.”

“Homosexuals have gifts & qualities to offer the Christian community” – Vatican