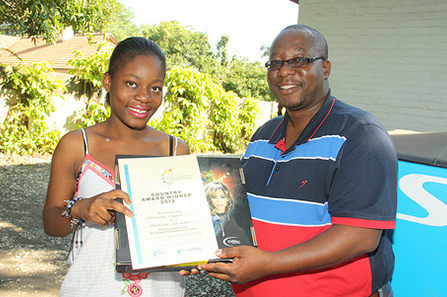 Here’s a chance to get your teenagers excited about space and intergalactic bodies. The DSTV Eutelsat Star Awards is calling 14-19 year olds to write an essay or design a poster based on the topic “Imagine you are a satellite, orbiting high above your own country or even above your own home or school”

The DStv Eutelsat Star Awards is part of the ongoing partnership between MultiChoice Africa and Eutelsat since 1999. This pan-Africa collaboration has over the years created meaningful engagement with students, the academic community and the scientific world. The competition is geared towards students and encourages them to either write an essay or design a poster about the benefits of satellite technology on the continent. Since its inception, the competition has drawn over a 3000 entries across the continent and has invigorated a passion for science amongst the younger generation.

The Awards are open to all students from secondary (high) or combined schools in Africa where MultiChoice Africa maintains operations. Entry forms can be obtained from any MultiChoice Resource Centres, the nearest MultiChoice office or copies can be downloaded from www.dstvstarawards.com. Entries may be prepared in English, French and Portuguese.

Prizes to be won:

Update : The deadline has been extended to 12 November 2014

Adedotun Eyinade: Conquering Kilimanjaro for the Worthy Cause of Down Syndrome