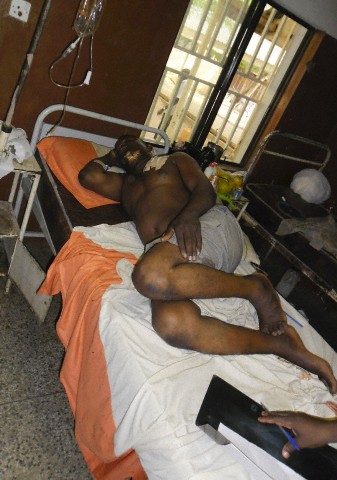 The Executive Secretary of Yobe Hospitals Management Board, Mamman Mohammed, has confirmed that 119 casualties were reported with 30 deaths in the Monday bomb attack in Potiskum, Yobe.

He told Governor Ibrahim Gaidam, who paid a visit to the victims at the Potiskum General Hospital that some of the victims with severe injuries had been referred to tertiary health institutions in Azare and Nguru.

Gaidam directed  that free treatment be given to the victims, saying “the government will bear all the medical bills of the victims, including those referred to other hospitals outside the state”.

He also condoled with the Shiite group on the death of their members.

Members of the group were presumably attacked by a suicide bomber while on a procession.

Must See! Presenting the Fall/Winter 2014 Collection from Ghana’s Kaela Kay