Do You Agree? Mary J. Blige Says Her Husband Isn’t Allowed to Have Female Friends — “That Doesn’t Work in a Marriage”

American singer, songwriter, record producer and actress Mary J. Blige has been in the music industry for over 20 years and is a nine time Grammy award winner.

The 43-year-old diva has also been married for 11 years to record producer (and her manager) Kendu Isaacs, so she has quite some experience on music and marriage – which are the two things that she focuses on in her interview with Telegraph’s Stella Magazine.

She talks to Stella Magazine about why she no longer has a diva behavior, her new album being clean and sober plus finding love.

Mary J. Blige also opens up to the magazine about the fact that there is a rule for both her and her husband to make their marriage work – no female friends for him and no male friends for her.

On overcoming alcohol and drug addiction: “I guess my own voice – or God – spoke to me and said, ‘Haven’t you learnt anything? This is the moment where you see what you’re made of – get up.’ And I did. I got up. That was definitely the learning moment, the choice between life and death. I felt like it was over, and everybody was just running away. People I thought were friends were just dispersing. I could feel myself slipping away too. And I thought, ‘I don’t want to slip away because of alcohol and drugs and loneliness.’ I thought, ‘Don’t let people see you fold right now. You have to survive this because the world is watching.’”

On her new album featuring Sam Smith, Emelie Sande, Disclosure and Naughty Boy: “The goal was to go over to London and do something really different, something people have never seen me do before. Something really amazing is happening over in London. Genres are falling and people are borrowing from the past instead of throwing it away. Sam Smith is like Frank Sinatra, Otis Redding and Sam Cooke rolled into one. They seem to know who they are; they don’t have an identity problem. They don’t seem to let anyone tell them what they should look like or sound like.”

On marrying her manager: “It definitely feels like an achievement. I never thought I’d last this long in a marriage. He always has my back – he’s going to fight to the death for Mary J Blige. The downside is that there’s no separation – it’s on all the time. When you don’t feel like answering to your manager, he’s still your husband,” 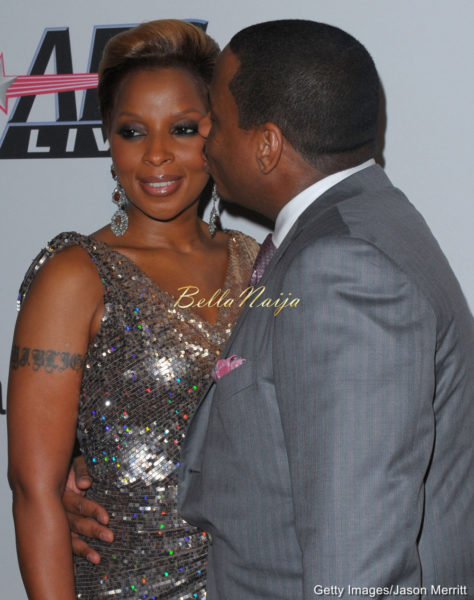 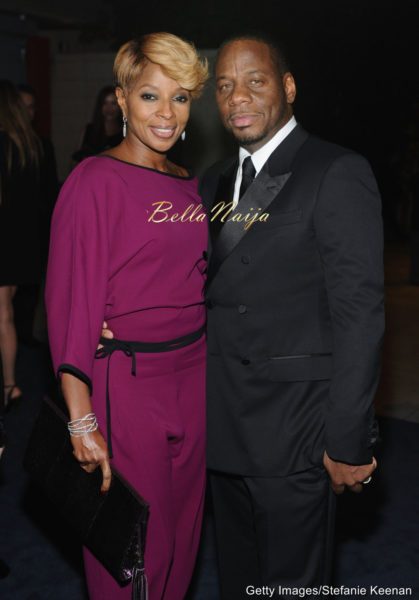 On him having 3 kids from a previous relationship: “I’ve known the younger two since they were babies, so they really are my family. But from the beginning I gave them the option: ‘Call me Mary, or whatever you like. You don’t have to call me Mom, but just know I love you and I’m here for you.’ I never was sitting around thinking, ‘Oh God, I want a baby.’ No. And then these very special kids came along and it was like they were tailor-made for me to be their stepmom.”

On being in her forties: “This is the best time in my life. I’m becoming freer, I’m accepting the things I can’t change and I’m not going to apologise for who I am. In my twenties, I wasn’t comfortable in my own skin. I didn’t like the way I looked, I didn’t like me, and always played myself short to make everybody else happy. Because we don’t love ourselves enough, we hang out with the wrong people, we go out with the wrong guys. We don’t believe that we deserve better. I never slept with anyone to get where I am, but they were after me to do that. I fought hard over that.”

On getting older: “I need my hips to slim down a little more and my legs to get a little firmer and my butt to pop up a little more. But, you know: gravity. It goes back to what we were saying about knowing when you gotta accept it.”

You can read up her full feature in Stella Magazine here.

The First Christmas Songs for 2014! Listen to Chee – So Beautiful + Hark the Herald