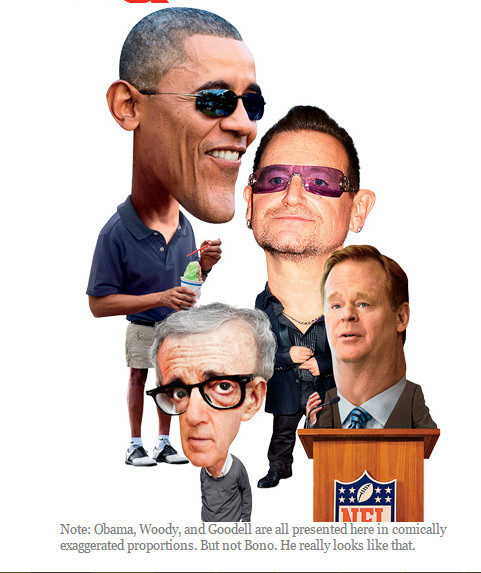 It’s not only Donald Trump that is coming for America’s President Barack Obama (click here if you missed it). According to GQ magazine, President Obama is one of the least influential people for 2014.

The magazine listed 30 people for 2014 and described their list as this, ‘Another year, another round of people who took up vast clouds of oxygen, gave us nothing back of use, and probably helped accelerate the death of our planet. Here they are, in no particular order, although you’ll probably assume we ranked them anyway, because most of you probably skipped this part’

Check out how each person is described here.