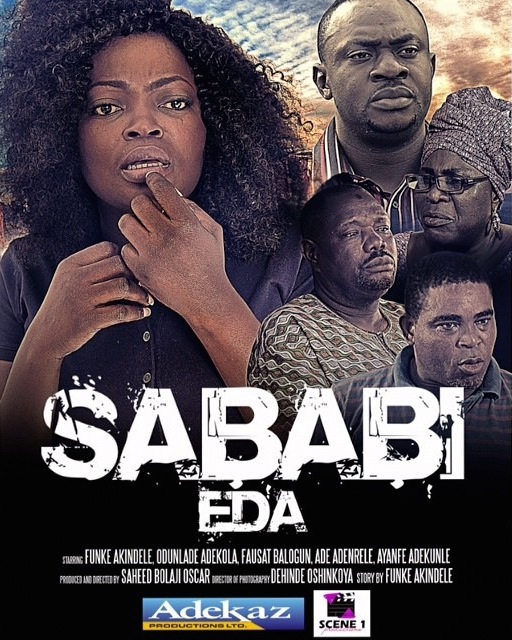 The trailer for Funke Akindele‘s new production – Sababi Eda, is out.

The movie star’s production outfit, Scene One Production made the movie in conjunction with Adekaz Production Ltd.

Sababi Eda depicts the life of a single mother (Funke Akindele), and her struggle with fate. She used to be a tomboy in the village before she got engaged and relocated to the city. However fate played a fast one on her in her journey of life and she could not avoid it. Her fiancée eloped with another woman, leaving her to cater for their only son.

She moved back to the village to start a new life and established herself as a fashion designer in the village.
Sometimes life has a cruel sense of humor, giving you the thing you have always wanted at the worst time possible, this aptly describes the turn of event when she met Odunlade Adekola.

The movie is available in cinemas now and Funke Akindele will also be having a meet and greet with fans soon.