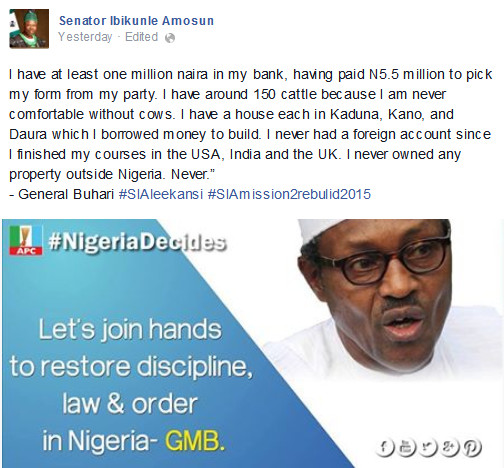 I have at least one million naira in my bank, having paid N5.5 million to pick my form from my party. I have around 150 cattle because I am never comfortable without cows. I have a house each in Kaduna, Kano, and Daura which I borrowed money to build. I never had a foreign account since I finished my courses in the USA, India and the UK. I never owned any property outside Nigeria. Never.”
– General Buhari #SIAleekansi #SIAmission2rebulid2015