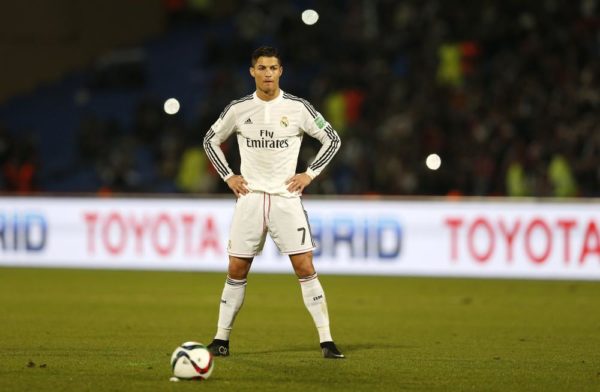 Portugal’s captain Cristiano Ronaldo has won the FIFA Ballon d’Or for the best player in the world for the third time, following previous wins in 2008 and 2013.

All the winners were chosen by the coaches and captains of national teams, as well as by international media representatives invited by FIFA and France Football, a French football magazine.

The entire electoral procedure was overseen and monitored by PricewaterhouseCoopers Switzerland (PwC).

The awards were presented on Monday evening during a 90-minute show at Zurich’s Kongresshaus, which was hosted by British journalist Kate Abdo.

Musical entertainment for the 1,100 guests and TV viewers in 190 countries and territories around the world was provided by Swiss singer-songwriter Bastian Baker.

International players’ union FIFPro also invited 24,000 professional players from around the world to vote for the FIFA FIFPro World XI, the best team of 2014.

The FIFA Puskás Award for the best goal of the year was also presented after 3.3 million football fans cast their votes on FIFA.com, FIFA on YouTube and francefootball.fr.

This award, which honours Ferenc Puskás, the captain and star of the 1950s Hungary team, was won by Colombian midfielder James Rodríguez.

He had demonstrated perfect technique to give his side a 1-0 lead over Uruguay in the round of 16 at the 2014 FIFA World Cup, with the final score 2-0.

During the show, other people were also commended for their services to football on or off the pitch.

Journalist Hiroshi Kagawa, 90, was presented with the FIFA Presidential Award by President Blatter.

The Japanese from Kobe was honoured for his tireless work for football in Japan, which has continued to grow in popularity in his homeland.

He was recognised for his works through articles and incredible passion for the game.

Kagawa was the oldest media representative on duty at the 2014 World Cup in Brazil, which was also his 10th World Cup.

The FIFA Fair Play Award was presented to all volunteers who have worked at FIFA competitions.

“This is because, without their work, their tireless support, their enthusiasm and their passion for the game, it will be virtually impossible for FIFA to organise its many tournaments year in, year out,’’ a FIFA Media Office statement said.

The FIFA Ballon d’Or was presented for the fifth time since the merging of the FIFA World Player of the Year award and France Football’s Ballon d’Or award in 2010.

• Joachim Löw won the award with 36.23% of all votes after leading Germany to glory at the World Cup in Brazil.

Ralf Kellermann, who guided VfL Wolfsburg to a successful defence of their UEFA Women’s Champions League title last season, won the award after securing 17.06% of all votes,