How Powerful Is Your Passport? Infographic Lists Nigeria as Having One of the LEAST Powerful Passports 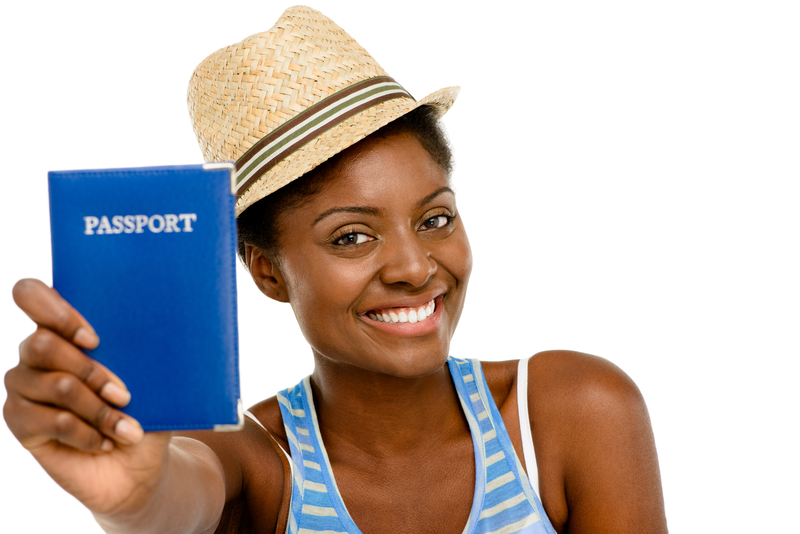 With a passport from Nigeria you have access to 42 countries.

With a passport from Afghanistan you have access to 28 countries – making it the least powerful passport, according to this infographic map.

Recently Nigerian-born actor Dayo Okeniyi was excited to announce that he had become an American citizen and a few days before him footballer Mikel Obi announced his British citizenship – with this infographic it doesn’t seem strange that Nigerians work hard to get dual citizenship from other countries.

This infographic, put together by GOOD, shows countries (in a colour coded format) that have the most powerful passports and those that have the least, using their accessibility to other countries.

The darker the colour, the more freedom that country’s residents have to travel. Orange colours mean residents can visit fewer countries with their passports. How powerful is yours? 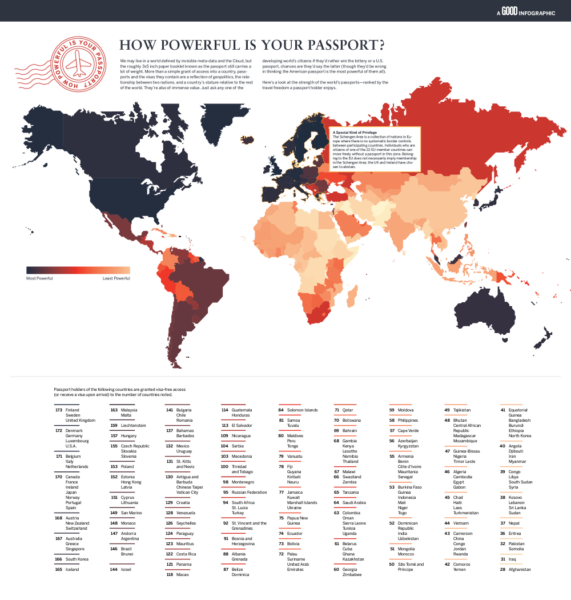 So this Happened! President Obama Was Interviewed by YouTube Personalities and Given a Gift for his ‘First’ Wife