‘I Wish I Was the Mother of All His Kids; the Seven of Them’ – Annie Idibia 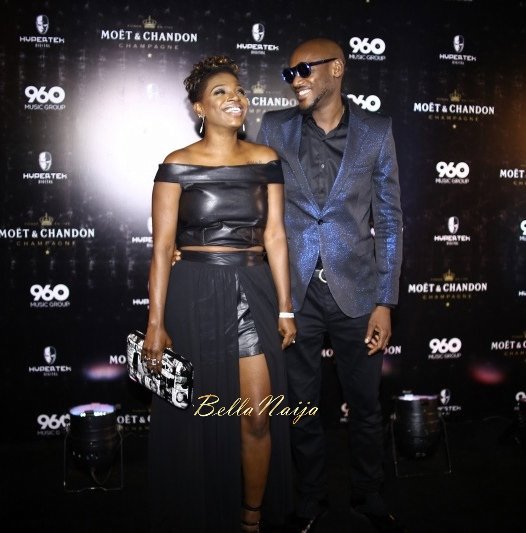 In the latest issue of Motherhood In-Style magazine, Nollywood actress and wife to Nigerian entertainer 2face Idibia, Annie Idibia is the cover star (click here if you missed it).

With lovely editorial spreads with her daughters Isabella and Olivia, Annie Idibia talks to the magazine about her parents getting divorced, how it affected her, being married to 2face, his children from other women, her pregnancies and much more.

Annie Idibia’s feature in the magazine covers 13 pages and is very detailed about her life as a mother and wife.

Read excerpts from her interesting interview below:

On her parents divorcing when she was young: It affected us negatively. It was so hard on us then. It’s not an experience I would want my kids to have to go through because when you’re used to being with two people and suddenly, you’re caught between who you’re going to live with or mummy takes you and you are left wondering why daddy didn’t. It is so emotional.

On how it affected her: My mum is a very strong woman, she scaled through it…My mum was a full housewife when she was with my dad, but after the divorce she had to work to take care of her 4 kids, and we all had to do minor jobs to help out. Maybe if I didn’t go through that I wouldn’t understand the pains of divorce and how it would affect the children. At the same time, I’ve learnt that life is not a bed of roses. That experience has made me more focused and stronger. It’s made me the woman that I am and a better mother to my kids. Then, it makes me bent on ensuring that my marriage works too so my children won’t have to go through divorce and all the pains associated with it.

On being married to 2face Idibia: No, I’m married to Innocent, one of the most amazing men in the world. I want to believe our marriage is almost like every other marriage. He’s a good person a good dad, great husband, a wonderful brother-in-law and son-in-law, and he’s all that I thought he would be as a husband and more.

On the low and high points of their relationship: I think it would be the first time I heard that other people were having his baby, the second should be when we both sat down and agreed to end the relationship. We realized it couldn’t work and decided to break up. That was after I had Isabella. His proposal was a high point; the way he went about it was special. And my wedding! I didn’t think we were going to end up together, and that’s the honest truth.

On making changes: I wish I was the mother of all his kids; the seven of them. But they are my kids; I just wish I was their biological mum. They’re awesome; you can’t help but love them. Everything else has made everything better.

On how his other kids affect their marriage: I won’t say it’s easy, I will not lie to you. I mean, you have kids with people, are you going to be their enemy? You have to have at least some civil relationship with them; you have to be very civil but God has been very faithful, and it’s still God all the way because it’s really not easy. I do not regret being with my husband but I would not want my daughter to be married to a man that has kids with other women, naturally. You know, it doesn’t make me love him less or feel like I don’t want to be here, I’m happy that I’m here, I don’t love him less, but I would not wish that for my daughter because even if the man is in, how about the other parties involved? But then, like I said, it’s key to be civil.

On her pregnancy: I had CS for both kids. With Isabel it was good, it Olivia it was horrible. I was sick all through my second pregnancy, and it was difficult. With Isabel, it was easy.

To read the full interview and feature pick up a copy of the Motherhood In-Style magazine’s Volume 4, Issue 6 edition.

Ladies! Would You Marry Yourself if You’re Still Single at Age 40?

So Sweet! UK Man Falls in Love with Woman on Train | Asks Twittersphere to Help Find Her