NBC Restricts ‘Shoki’ by Lil Kesh, Davido & Olamide to be aired between 10PM and 5AM 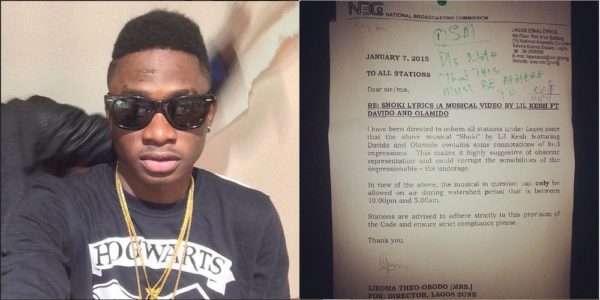 One major song that has been getting a lot of airplay in 2014 and 2015 is Lil Kesh’s ‘Shoki’ featuring Davido and Olamide.

It however looks like the airplay for the song on radio stations will have to be reduced.

According to a memo to all radio stations by NBC, the song can only be played between 10PM and 5AM due to the high number of foul impressions and obscene representations.