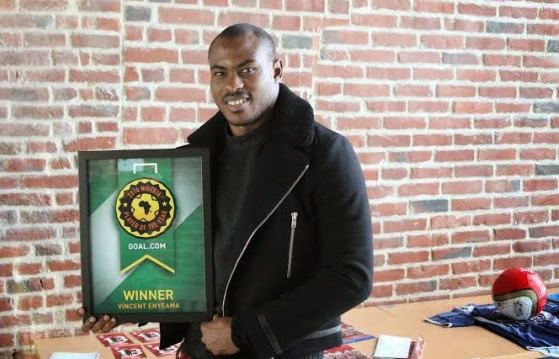 Lille and Super Eagles goalkeeper, Vincent Enyeama, has been voted as the Goal Nigeria Player of the Year 2014.

He won the award after receiving an overwhelming number of votes from Goal.com readers.

Others vying for the award were Obafemi Martins, Mfon Udoh, Ahmed Musa, and Ikechukwu Uche. However,  Enyeama won after receiving 55 percent of votes cast between December 1-5, 2014.

Commenting on his win, he said:

“I’m happy, really happy…I want to thank my teammates at Lille, the Nigeria national team, my coaches, my wife, my fans, everybody who voted for me, who scream for me during matches to encourage me. And the journalists, without which nothing will be possible.”