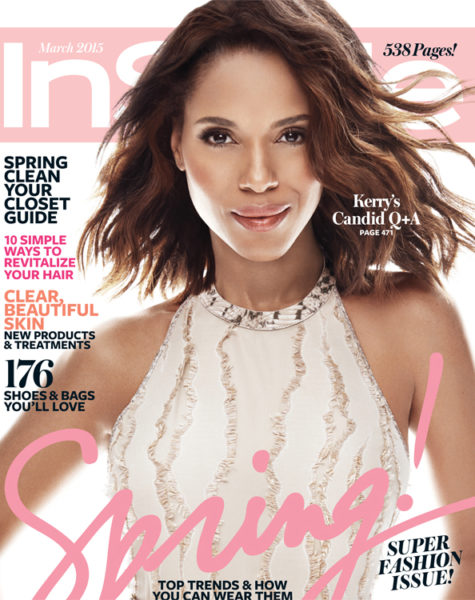 We love us some Kerry Washington and the Hollywood actress has served another dose of her gorgeousness. We have to admit that her cover picture for InStyle Magazine’s March 2015 issue looks a bit different from what we are used to from her.

With ABC’s Scandal series returning last week, a lot of her fans and ‘Gladiators’ were eager to get their hands on the magazine’s new cover and see Miss Olivia Pope but most people have reacted strongly, and negatively, to the cover picture.

Do you think she looks different?

Inside the magazine, Kerry wears looks by Gucci, Alexander Wang and Proenza Schouler. During the interview, the private star talks about juggling fame, a new husband, and an even newer baby.

Kerry shared the magazine cover via her Instagram and Twitter accounts, causing fans to call her out on photoshop fail, looking white on the cover and more.

I’m THRILLED to share with you all that I’m on the cover of this year’s March @instyle! Can’t wait for… http://t.co/phsxFCEa14

Check out InStyle magazine for more on the March 2015 issue.

Update: Bobbi Kristina to Be Taken off Life Support