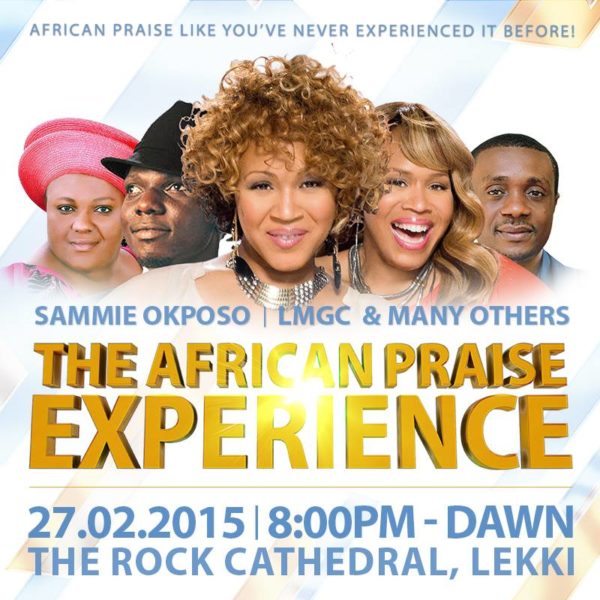 This will be an amazing event of praise that you won’t want to miss!

As a spinoff of the enormously popular annual gospel music concert, The Experience, House on the Rock is set to host The African Praise Experience (TAPE) on Friday, February 27th 2015.

The night of praise, set to begin at 8pm, will take place at the Rock Cathedral, Lekki-Epe Expressway.

To ease transportation for worshippers coming to the event, the following bus meeting points have been announced by the church. House on The Rock busses will depart at 6pm, and will return after the event is concluded.

Related Topics:House On The RockTAPEThe African Praise Experience
Up Next