Basketmouth gives a ‘Big Shout Out to PHCN’ & Estimates His Monthly Expense on Generator at N360, 000 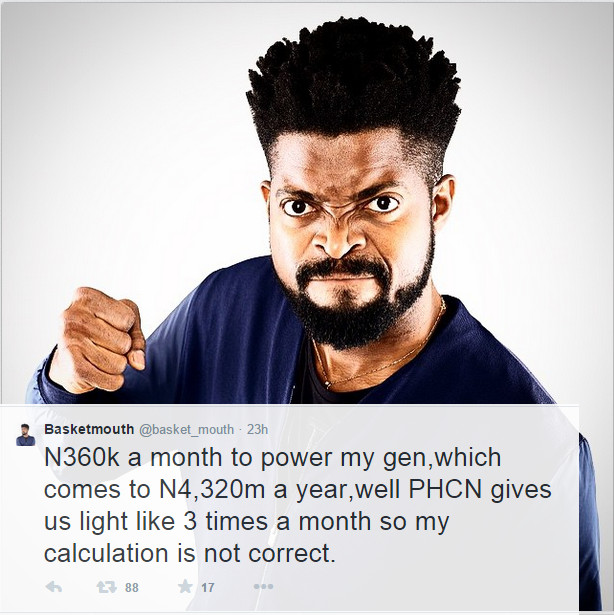 Comedian Basketmouth is definitely unhappy about the power situation in Nigeria.

He wrote ‘N360k a month to power my gen, which comes to N4,320m a year, well PHCN gives us light like 3 times a month so my calculation is not correct.’

On Instagram he posted a black photo and captioned ‘A big shout out to PHCN…….’

‘The World is Never Really Happy for You’, Moet Abebe Responds to Rumours that She is not really Engaged