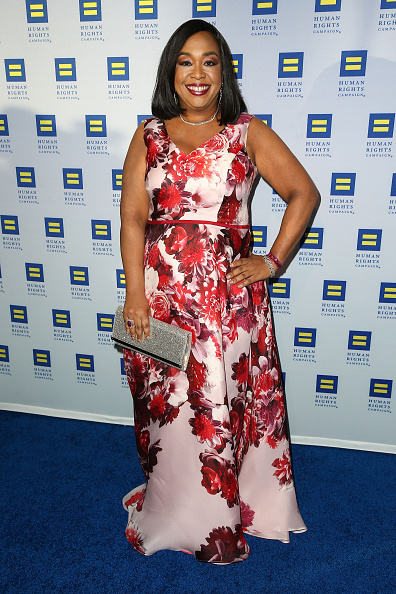 Shonda Rhimes is known for her awesome plots for Series –‘How to Get Away with Murder’, ‘Scandal’, ‘Grey’s Anatomy’ – and in each of those stories that showcase strong black women; there is also a theme of sexual orientation.

In a speech given at the Human Rights Campaign Gala in Los Angeles, Shonda Rhimes talks about sexuality and how in her stories (that she has been writing since she was 11) she always tries to normalize what she sees in the world.

She went further to say that she always used to escape in her stories because it was “a space for ME to exist… Until I could find my people in the real world.”

Shonda Rhimes also talked at length about the LGBTQ community.

See some pointers from her speech below:

You can read up her full speech here.

Related Topics:How To Get Away With MurderHuman Rights Campaign Gala 2015ScandalShonda Rhimes
Up Next

Basketmouth gives a ‘Big Shout Out to PHCN’ & Estimates His Monthly Expense on Generator at N360, 000