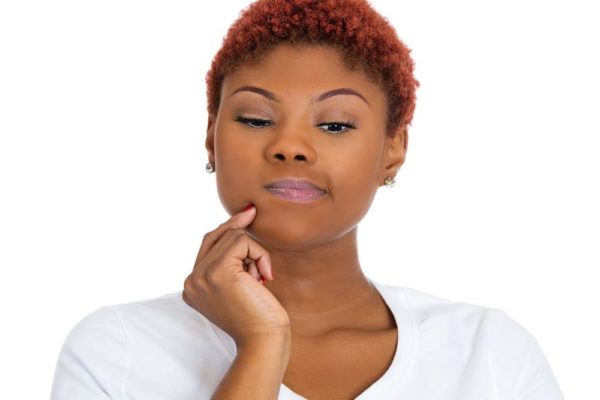 I never like to argue; especially when it comes to topics I love like beauty, skincare etc. But when a close friend of mine, Ada***  kept trying to get me to try this ‘miracle product’ she had discovered, that was all we did.

A few weeks ago she had a really bad breakout that even surprised me. After trying to scrub & exfoliate her problems away with ‘high-brow products’, she turned to her local hairstylist for answers. For some reason her hairstylist always claims to have the answers to everything – whether it’s soft nails or a bumpy back, she’s got a cure. After Ada explained her predicament to her, she said “Ahn ahn, why you nor come since. Make I give you something make you use. You go raise me when you see the effect. All the customers I don give no even complain. They don’t even finish the bottle. Try it and come back. You go see!“.

Before we go even further, let me tell you some things about the problem solving liquid Ada was given. It had all its inscriptions in French; has the picture of a yellow bell pepper on its surface; contains a thick yellow liquid, and sells for N1000. To say I was more than skeptical when I saw the bottle was an understatement. The plan was to apply it every morning and night after washing her face and to watch the magic happen. I already thought it was going to end up badly, so I just waited for a negative outcome. What good could come out of this kind of ointment?!

A few days ago Ada sent me a photo of her face, and surprise, surprise…her skin was the picture of perfection. It looked softer, smoother, tighter and spot & pimple free. Magic? Voodoo? Optical Illusion? I don’t know. What I know now is my dear friend that couldn’t go out without foundation now walks about town makeup free.

So that got me thinking? Why should I spend more money on expensive branded products that claim to give amazing skin over night, when there are a few untapped local products that don’t make empty promises and instead just deliver.

Ada’s theory is this – “All these big brands just want to make money. Who will pay all their employees if they don’t. They water down the chemicals etc that are meant to get the job done, so we buy more when we see little progress.” “Whoever made this product probably made it in her kitchen over a stove and has gotten her money back.”

Her statement took me back to when my mom would swear by black soap. It was her everything! And till date people still stand by it claiming it works better than other soaps because it gives you more for less. They would rather go to the market and locate the woman who molds the black soap with her bare hands, than enter a cosmetics store and drop their ATM card.

As much as I hate to admit it, seeing Ada’s face made me want to try out this magical yellowish liquid. But the fact that I, and even Google Translate, can’t make out what’s stated on that bottle is enough discouragement.

Is it that our parents were right all along? Was it really better in the good old days where if you wanted to use something, you had to make it? From soaps to tonics, everything was made from scratch and it seemed to work then.

I think something I find very discouraging is buying a product that specifically states it will work in 10 days, and 15 days later I’m still stuck with the same problem. The Ads & statistics say you can’t rush the healing or rejuvenating process, but does that mean I should just stay in a life-long commitment? Are we simply paying for the Ad slots and salaries of thousands of employees based off a seemingly hopeless promise of perfect skin, or are they doing us a wealth of good by slowing down the process so our skin doesn’t get overwhelmed?

‘Don’t Forget About Yourself’! Jennifer Hudson Shares her Beauty Regimen for Busy Moms

Grab Your Notepads! Check Out 5 Steps to Take Before You Go Natural