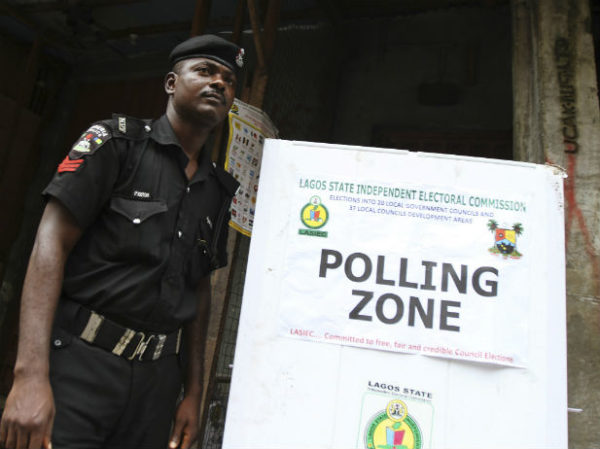 The federal government has announced the closure of all land and sea borders ahead of the presidential elections taking place on Saturday, March 28th.

The announcement was made via a statement released by the Interior Ministry, Premium Times reports.

According to the statement, “all borders will effectively be closed from midnight March 25, to midnight Saturday, March 28 to allow for the peaceful conduct of the forthcoming national elections.”

The statement signed by permanent secretary, Abubakar Magaji, also revealed that the Nigeria Immigration Service has been given a directive to ensure that non-Nigerians do not vote.

Related Topics:2015 electionsAbubakar Magaji
Up Next

Pastor Dies while Confessing his Adultery to Church Members