Gov. Amaechi Says "God has Shown Us Who Will be President and It's Not Jonathan" 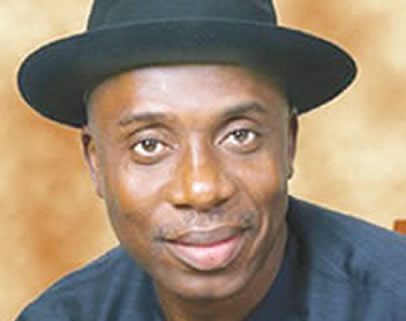 Governor of Rivers State and Director-general of the APC presidential campaign organisation, Rotimi Amaechi on Thursday revealed that God told him who Nigeria’s next president will be – and it is not Jonathan.

Amaechi made the revelation while speaking at the APC south-south zonal rally in Port Harcourt, The Cable reports.

“God has shown us who would be president and we know that it is not Jonathan. Do you remember the Jonathan in the bible? What did he do? He betrayed his father, right? This time around, we need a man that would deliver the country for both Christians and Muslims. There will be no Christian or Muslim but a Nigerian government,” he said.
The governor also criticized the federal government’s amnesty programme, stating that Buhari would not discontinue the initiative if elected, but would implement it in a manner that would benefit the people.
“Buhari has promised that the amnesty programme will continue when he assumes office and that he will include all those that the current president left behind. Jonathan only carried a few persons along. He bought guns for them but we will reorganise the amnesty programme and treat it as a social welfare programme because we believe that it should not be a compensation for crime. While he is creating jobs, he is also trying to create substance for those without jobs.”
Related Topics:2015 electionsGoodluck JonathanRivers StateRotimi Amaechi
Up Next